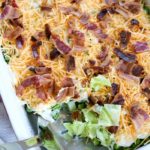 Traditional seven layer salad that can be made the night before! This layered salad is bursting with texture and flavor with the onion, green peppers and peas. Topped with a miracle whip dressing that’s easy to make! 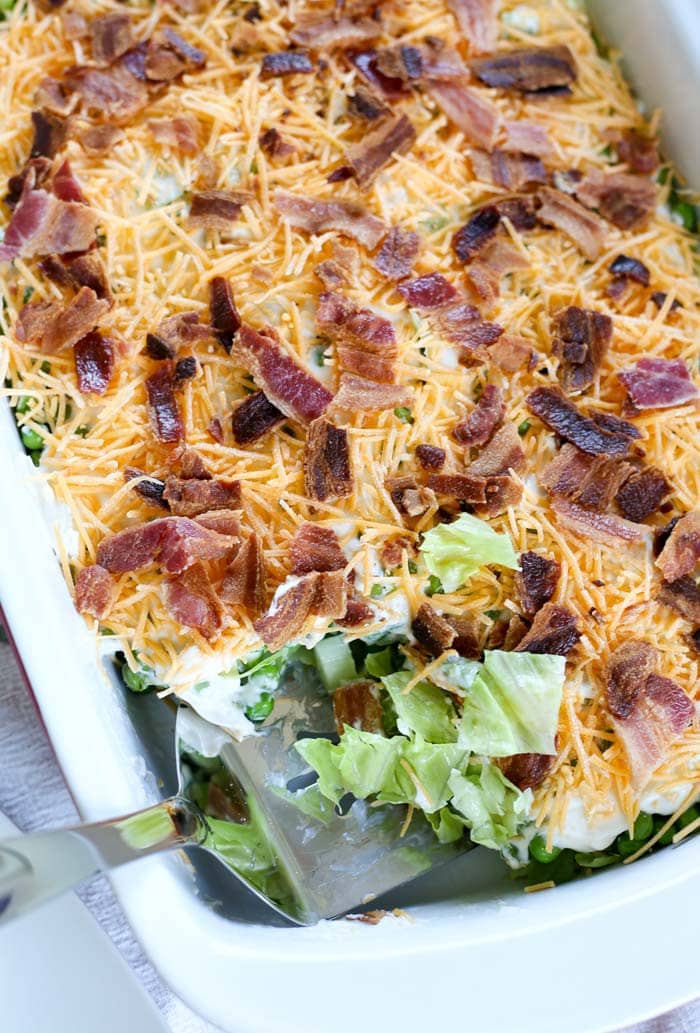 Bacon!  Okay, now that I have your attention, I’m sharing a traditional seven layer salad recipe that I found in my grandma’s recipe box.  It had been awhile since I had enjoyed this salad and to be honest, forgot how good it was!

Let’s also talk about the fact that this salad is easy, it can be made ahead and it feeds a crowd!  All winners in my book. 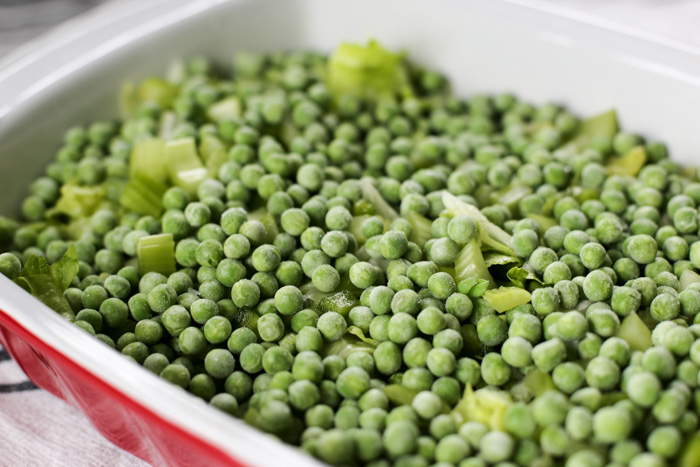 How Do You Make A Seven Layer Salad?

Layer the following in order using a 9×13 pan.

This seven layer salad recipe actually has eight layers.  It might be because it was titled vegetable salad in my grandma’s recipe box, but who’s counting!? 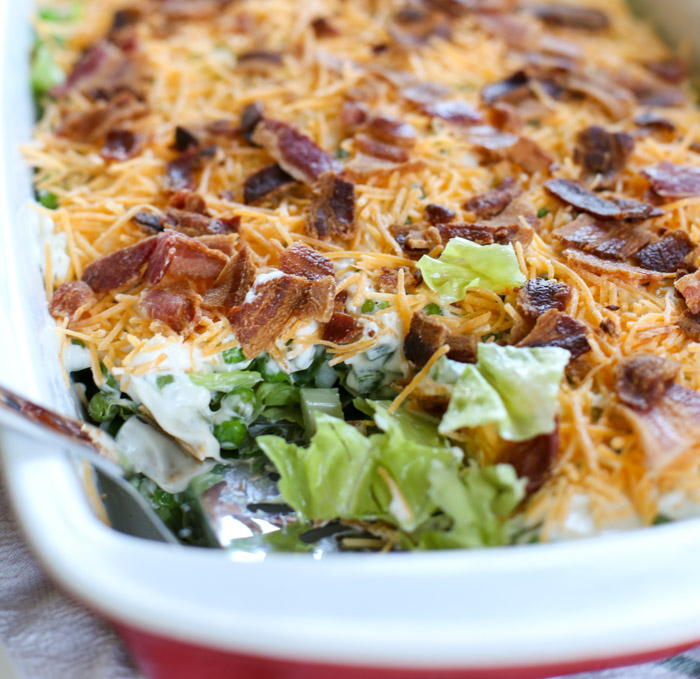 The layered pea salad is my go to now when I want to make something fresh to go along side burgers or bratwurst when we’re cooking out, but I don’t want to make it in the moment and want to make it ahead.  In fact, I made it the day before and think it’s better if you let it set!  Not to mention you don’t have to thaw the peas. 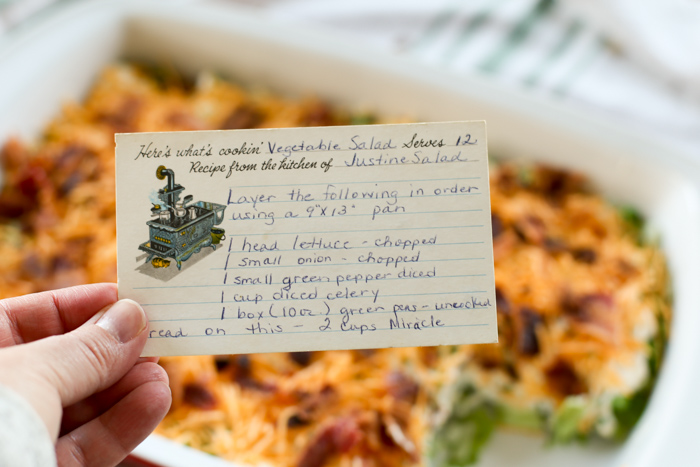 This is a classic midwestern salad that brings back memories of Easter brunch and cook outs at my grandma’s house.  You won’t be disappointed by this 7 layer salad!  Enjoy! 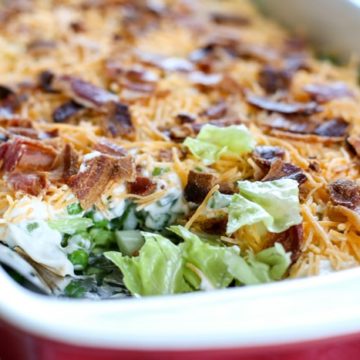 This salad is best if made the day before so that the flavors can party! Make sure to keep refrigerated.