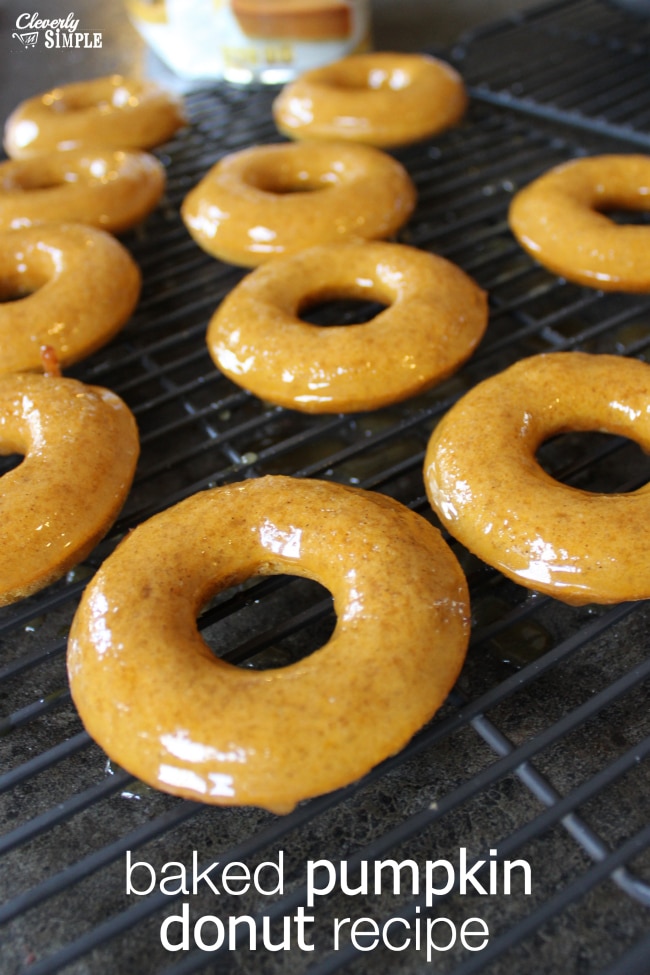 Pumpkin is for everyday.  Let me just get that out there.  Last year I received a doughnut cake pan like this one and so I could not wait to make a baked donut recipe.  It’s not that I’m against fried donuts.  Because, oh do I love a good donut.  But frying up a donut does not sound like a good time in the kitchen. I would rather bake.  Therefore, bake I did!  This baked pumpkin cake doughnut recipe comes from a recipe from a dear friend.

By the way, doughnut or donut?  I use them interchangeably as they both taste delicious. 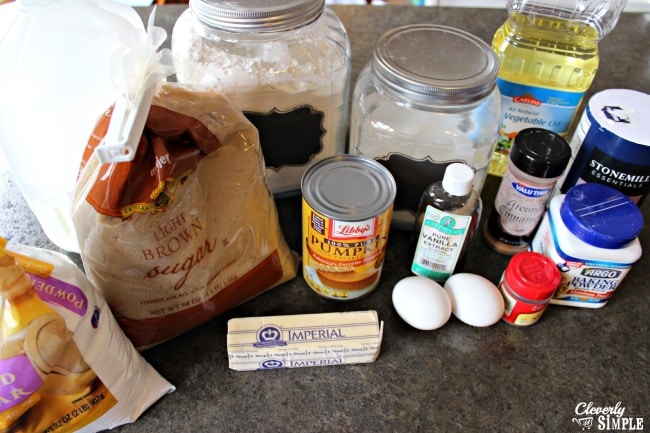 Here’s what you’ll need to make these doughnuts.  There are quite  a few ingredients but luckily you probably already have most of them on hand. 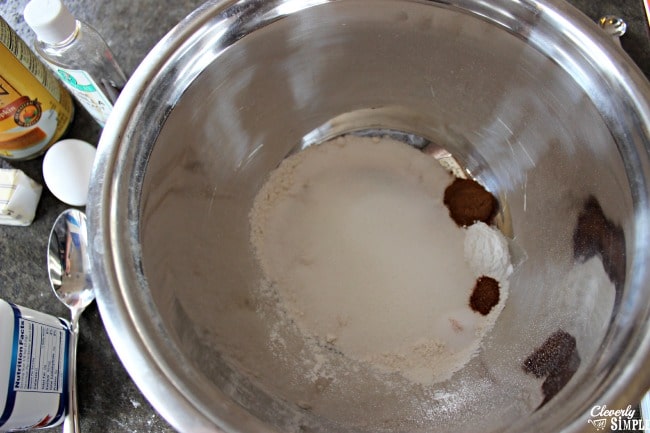 Combine all the dry ingredients and set aside. 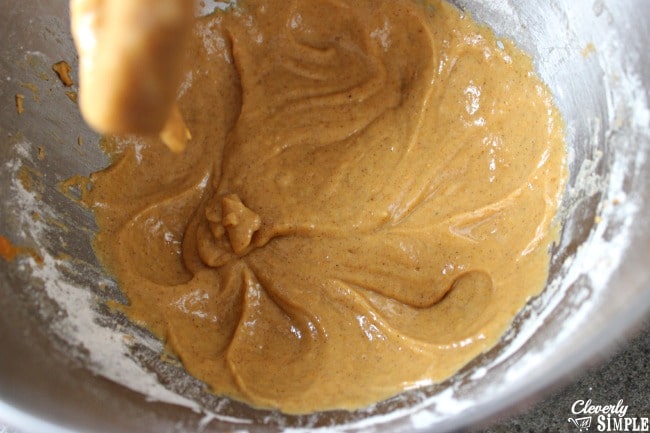 Beat together the buttermilk, eggs, oil and pumpkin.  Did you know you can make buttermilk if you don’t have any on hand?  Just add 1 Tablespoon of vinegar to one cup of milk.  Let it sit for 10 minutes. After that you can measure out the 3 Tablespoons you’ll need for this recipe. 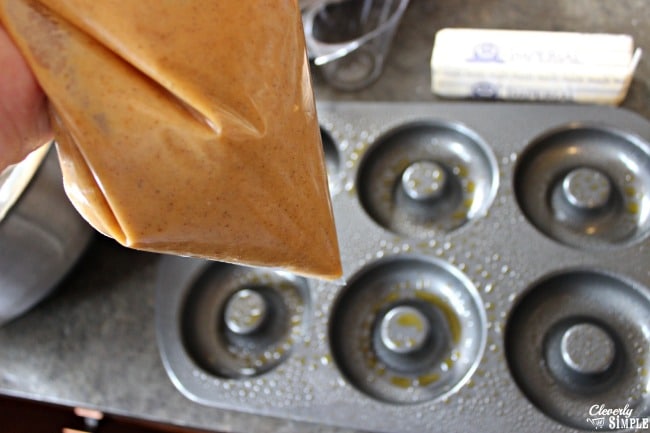 Add the batter to a ziploc bag.  I would have loved to have shown you how to add it to the pan but I only have two hands and one had to take a picture.  or not.  All you’ll need to do is snip the corner and pipe in the batter into the doughnut pan. 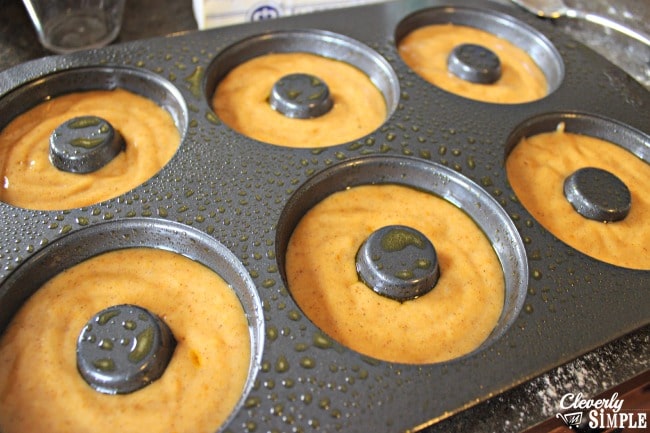 I filled them about half full.  These babies will rise. 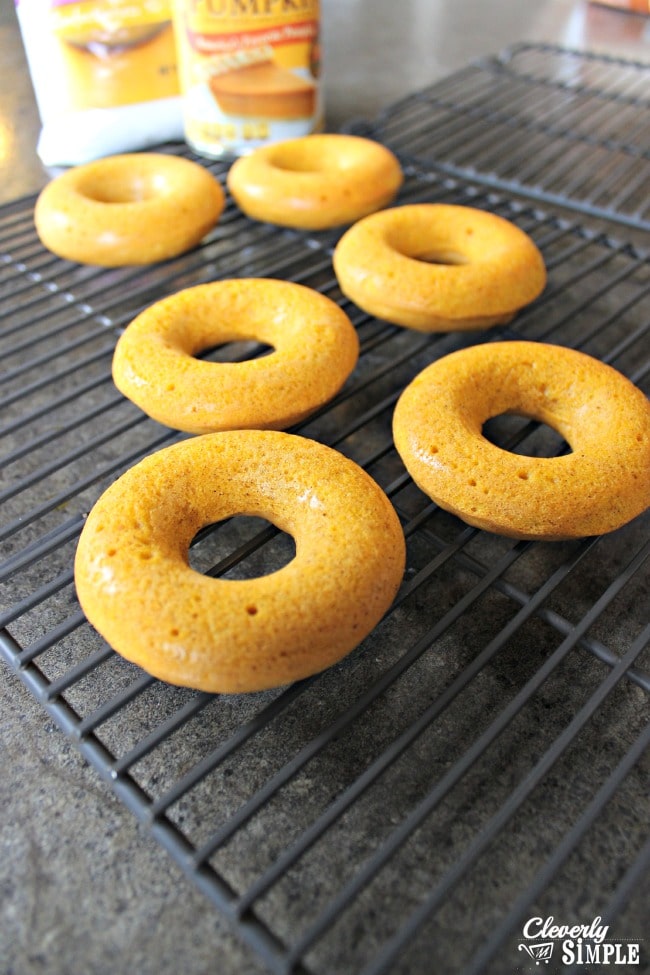 But we’re not done yet! 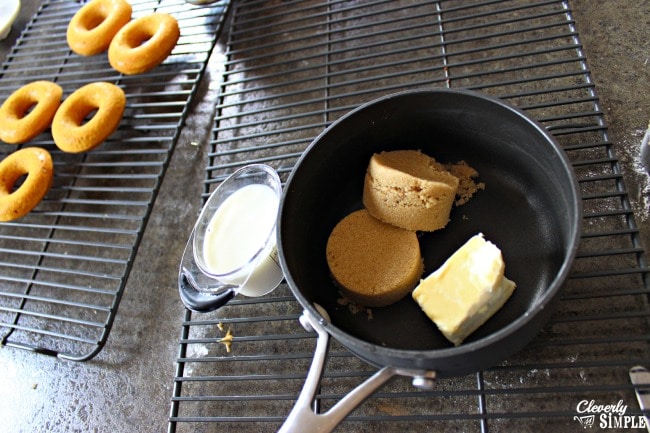 To make the caramel icing, combine the butter, brown sugar and milk in a small sauce pan.  Boil for two minutes while stirring constantly.  Remove from heat and stir in vanilla.  Add the powdered sugar that has been sifted.  (You don’t want lumps.)

You can now pour the icing over the doughnuts or dunk the donuts into the icing.  I chose the later.  I dunked them in and then placed them on the drying rack to cool.

Watch out for climbing pumpkin donut snatchers!  This little dude COULD NOT get enough of these donuts.  I think he gives them an A+!

Baked pumpkin donuts made with no yeast.