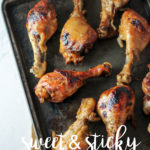 Sticky and sweet chicken drumsticks made in the slow cooker and then made crispy in the oven. Could. Not. Be. Easier. 👍 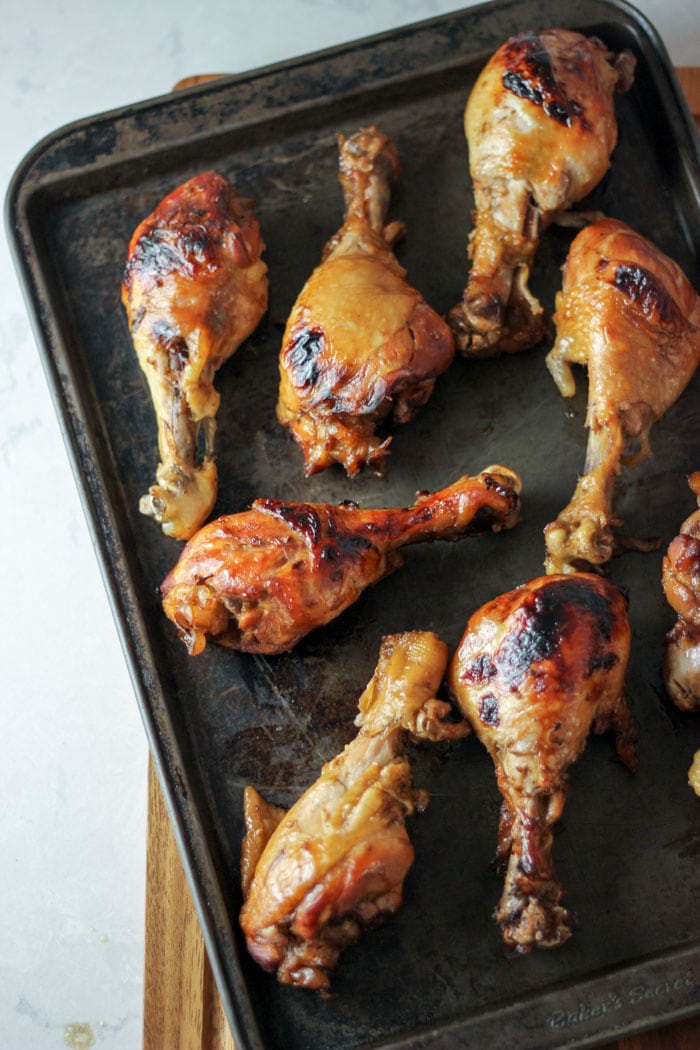 Are you interested in the best baked chicken recipe?  I was a bit intimidated by a drumstick recipe.  I like to eat drumsticks.  My eight year old LOVES drumstick (aka chicken bones to him).  However, whenever there’s a bone in the chicken, I start to have panic attacks as to whether it will be cooked enough to enjoy. Okay, maybe that’s a little extreme…. but you catch my drift.

When I stumbled up on this drumstick recipe I knew I was onto something.  The thought of being able to cook the chicken bones in the crockpot so that they were fully cooked, and then broiling them to crisp them up was genius.  I love that I can fully cook them and they’ll still be nice and juicy, yet have the control of the crisp factor. Do you ever think about these things?  Do I think too much?  😉 Here’s an easy way to make a great appetizer or dinner entree that’s tasty and sweet – and crisp! 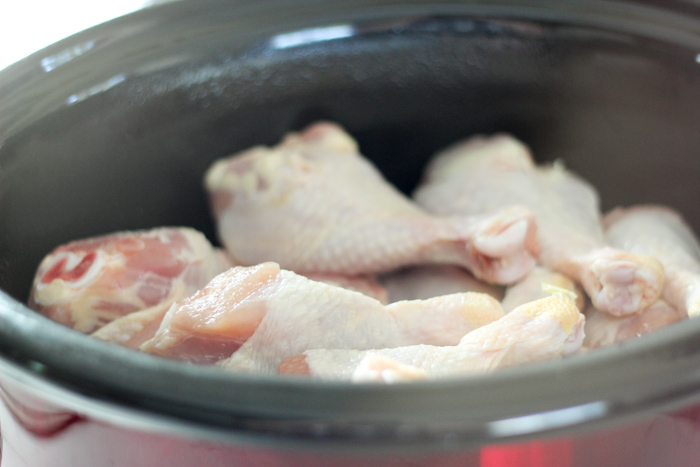 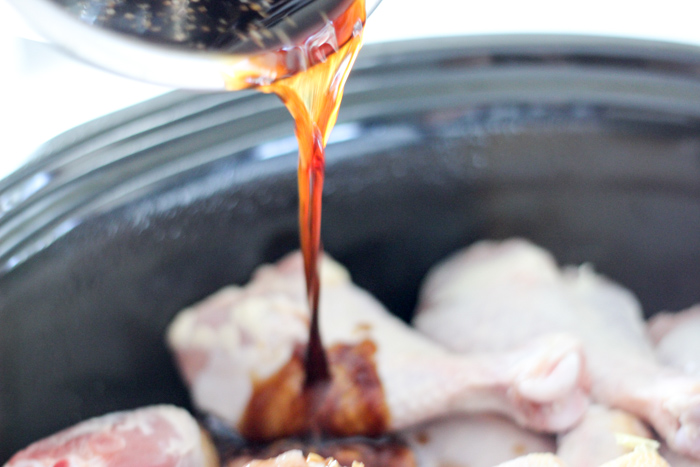 5.  Once fully cooked, remove drumstick/wings from the slow cooker and add to baking pan that is lined with foil that has been sprayed with cooking spray. 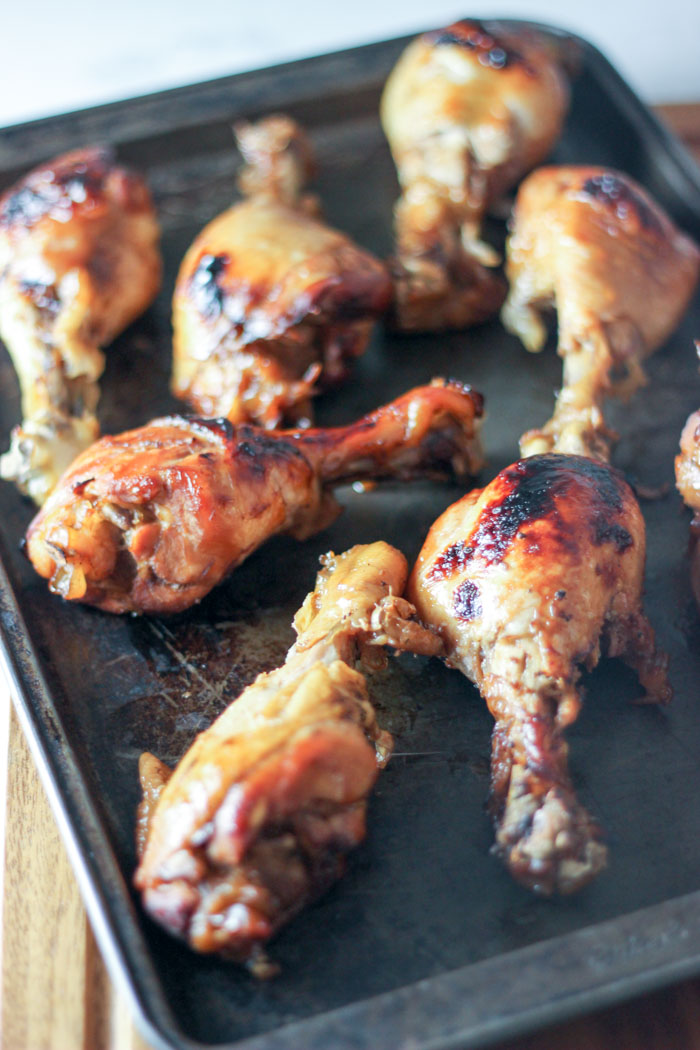 6.  Broil for 3 minutes or until browned. (Don’t leave them unattended!  You always need to watch when broiling as they can burn quickly.)

7.  Remove the drumsticks/wings from the oven and turn them to the other side.

8.  Broil the other side for 3 minutes or until browned.  (Again, keep an eye on it!) Your drumsticks or wings are ready to be enjoyed!  These keep well in the refrigerator and taste even better the second day! Enjoy! 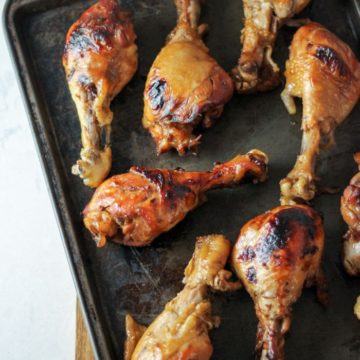 Sticky and Sweet Chicken Drumstick Recipe In the Slow Cooker

Looking for another simple chicken recipe? You will love this Freezer Recipe Chicken Tetrazzini!