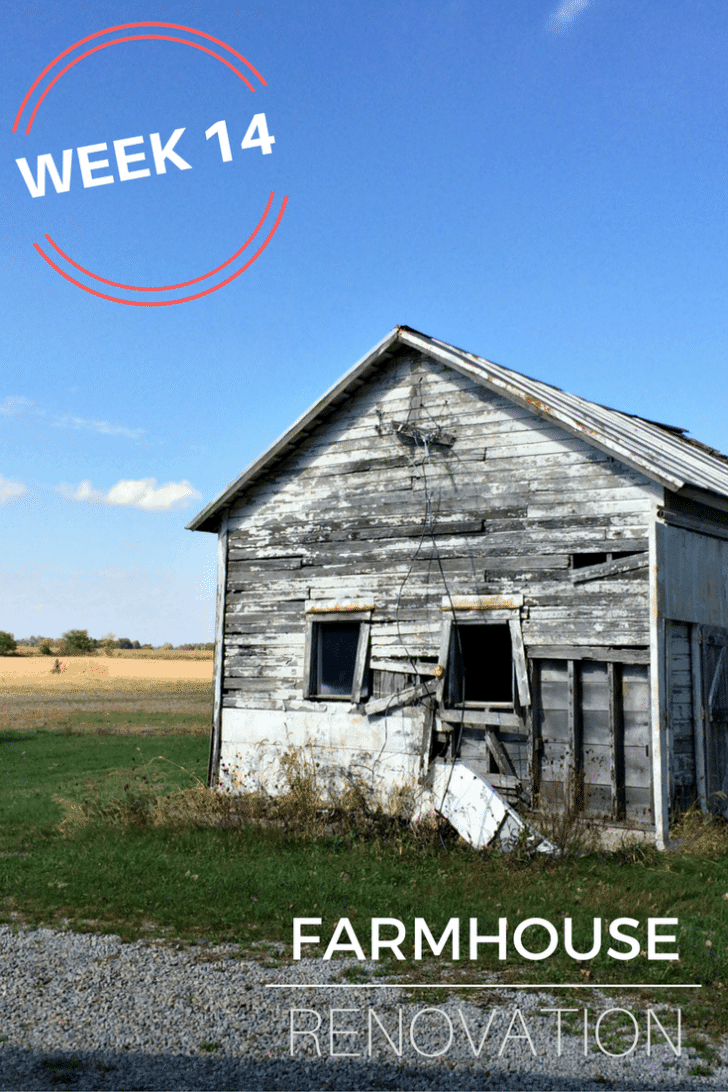 This could have been the shortest post ever.  Not much happened at the house this week.  It’s pretty frustrating when you’re ready to have a restoration project like this completed.  I understand that our contractor doesn’t have us as his only project, but when you’ve been working at something for 14 weeks, you’re almost ready to be done.  I say almost, because I really am enjoying this process.  However, I would really like to have our home completed so life can simplify a bit. 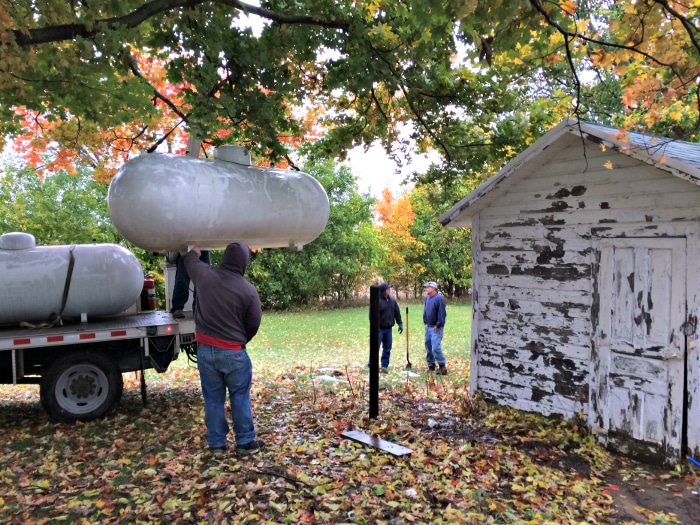 This was about all that happened this week.  And it happened on Friday.  After weeks of beautiful weather, it got cold and so luckily our propane was scheduled to be delivered on Friday.  We woke up to 40 degree rainy weather which is just about as bad as it gets especially when you’ve been loving the fall.  The propane company called and asked if we wanted to reschedule, but we needed heat in the house.  They laid the line on top of the ground, since we can’t trench with the muddy soil.

I say we needed heat, because of the plaster.  To continue to skim the plaster you want it to be a nice temperature and not freezing.  I’m sure the guys working on our house will be happy as well to be more comfortable.  The good news is the HVAC system is working and we now have heat! 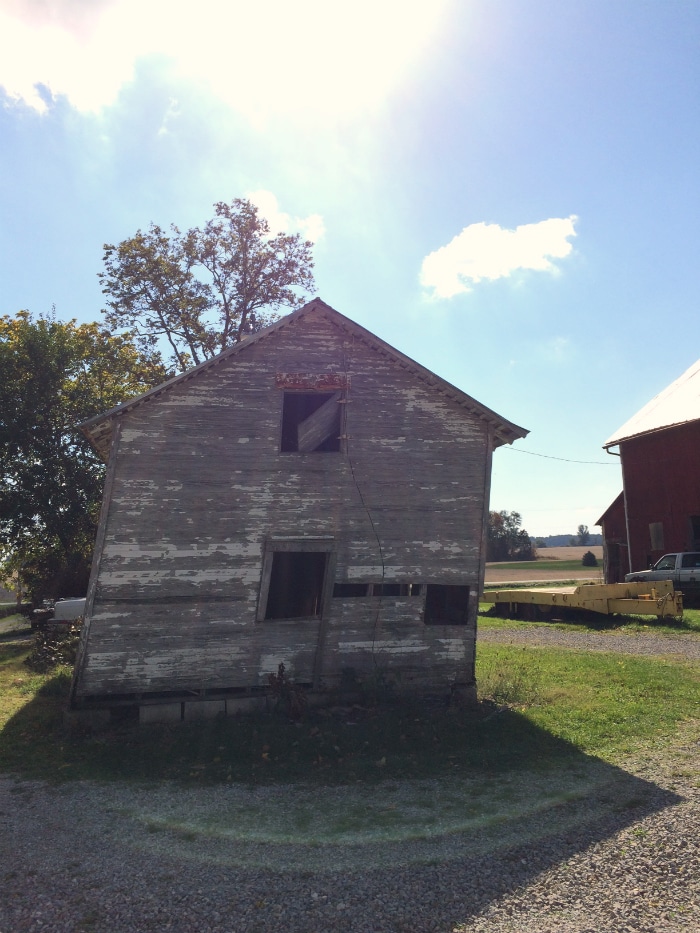 The garage was torn down last week by a gentleman who will use the barn wood for his own use.  This second  garage above housed my grandpa’s Model A when I was growing up.  That’s all I know it for.  It’s leaning a bit now and will be coming down soon.  I took the time this week to walk around and take pictures so I will remember these buildings in the future. 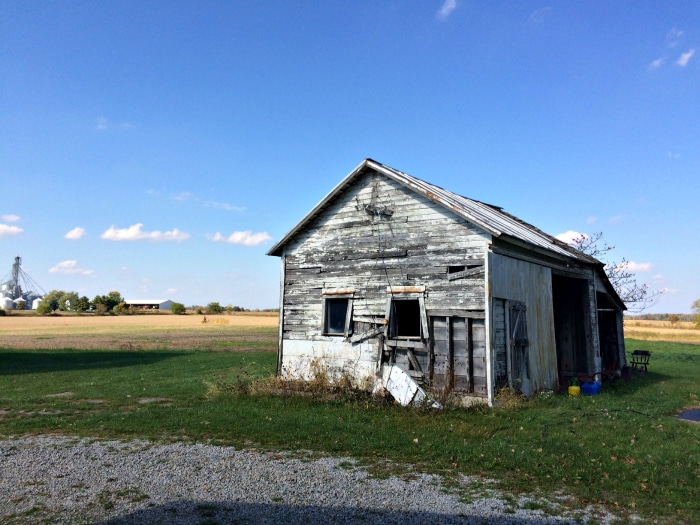 The other building on the farm that is coming down is the workshop.  It was probably one of the original buildings on the farm.  It was my grandpa’s workshop.  It holds lots of sentimental value, but again is not in great shape.  So, it will be coming down as well.  I don’t have many memories of the workshop but my dad spent hours and hours there with my grandpa.  I’m sad to see it go but it’s a safety hazard with small kids around.  We think we’ll put a new garage in it’s place someday. 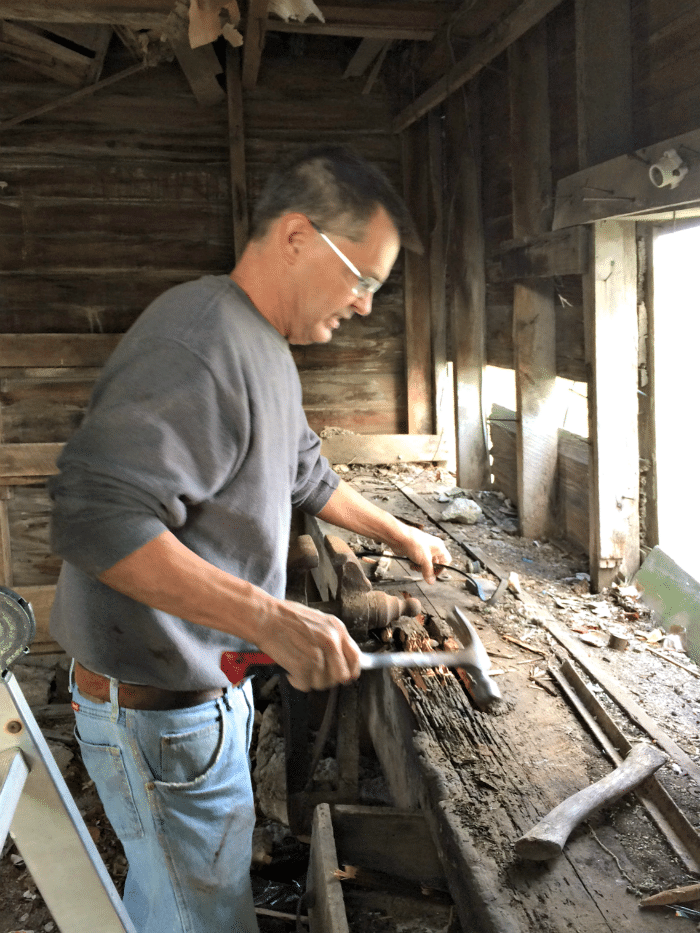 Before the buildings come down, we’ve been working on removing everything we will want to keep, including large iron objects that were not meant to ever be moved.  We’ve gotten very creative. 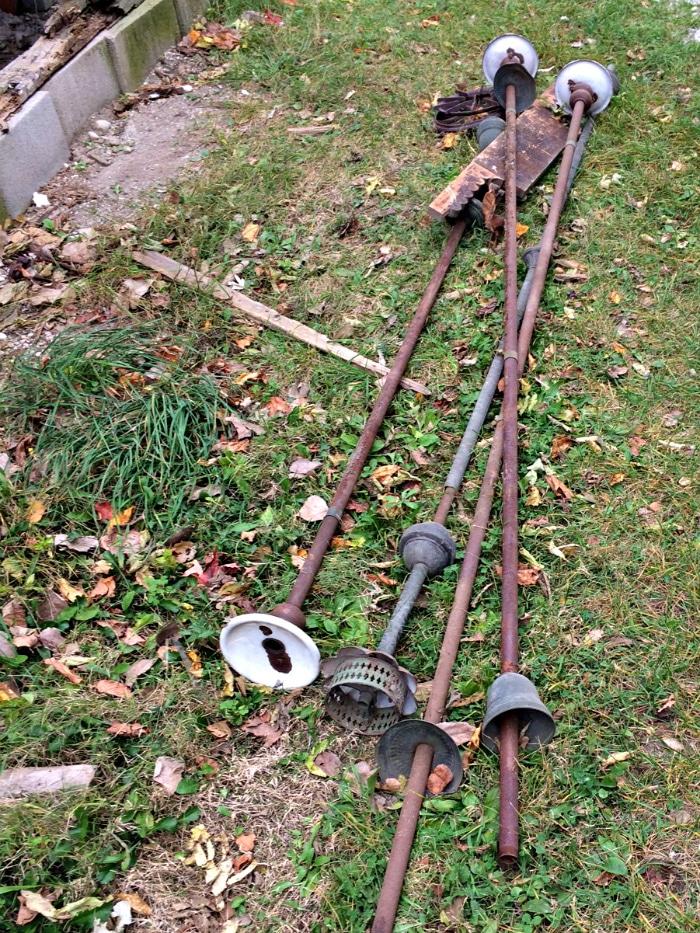 At the top of the leaning garage we found these old light pendants. We have no idea where they are from because they are so long.  Maybe a church?  It’s been confirmed that they threw NOTHING away back then.  NOTHING.  They left it ALL for us to find.  The pendant rods are really cool and I would love to use them if I could figure out how to do that.  Obviously, they need cleaned up a bit like everything else around the farm.  I have lots and lots of projects for next summer! 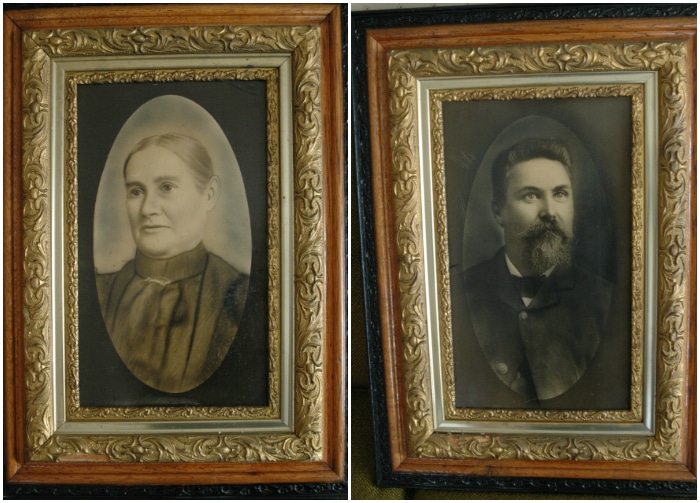 These pictures hung in the dining room for generations.  We’re excited to put them back.  They won’t be exactly where they were before since I’ve opened up the doorway to the kitchen a bit, but they’ll still be there. 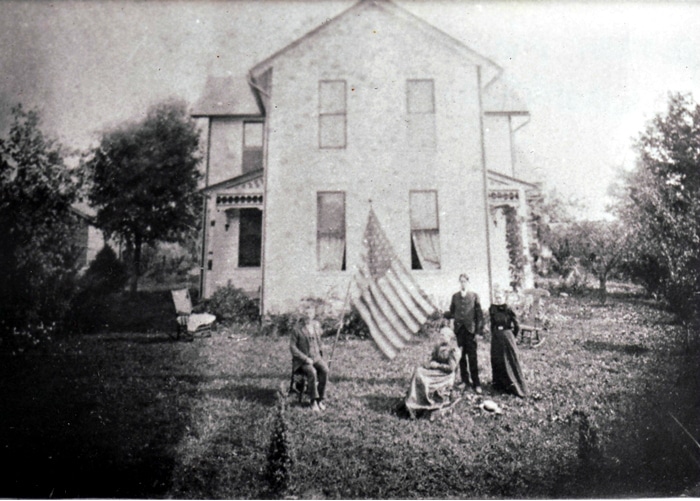 I know it’s a gift to have a picture like the one above.  This is our home in the 1800’s.  The back kitchen addition was not there and the right porch is now our bathroom.  The left porch was enlarged.  I did find the detail around the porch in the barn this week and am going to try to find a way to replicate it.

That is one huge flag. 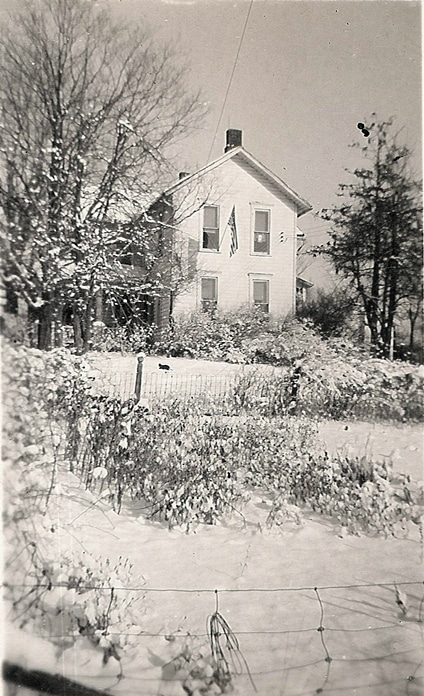 The darker siding went on int 1954, so this picture was taken sometime before then.  The front yard was pasture for animals and apparently they had had a big snow storm and wanted to document it.  This is the picture where I realized there was detail above the windows.  We plan to replace that and it will be installed sometime soon. 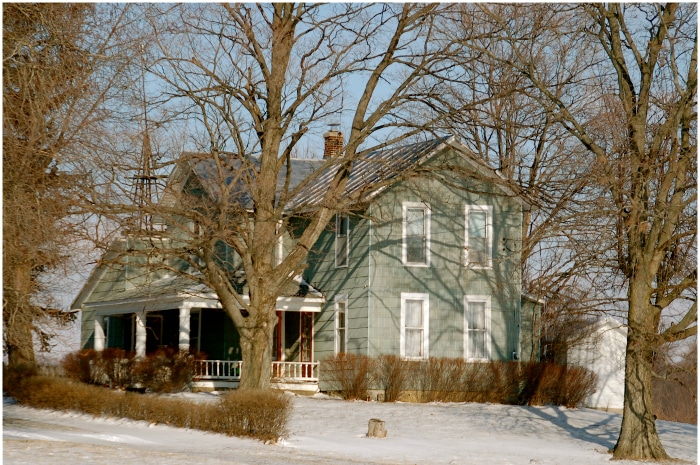 This is how I remember the home. My grandma loved this home and talked about it often after she was in assisted living.  I have such wonderful memories of the home and it doesn’t seem real that I get to live here and make more memories with my children.  It really is such a gift. 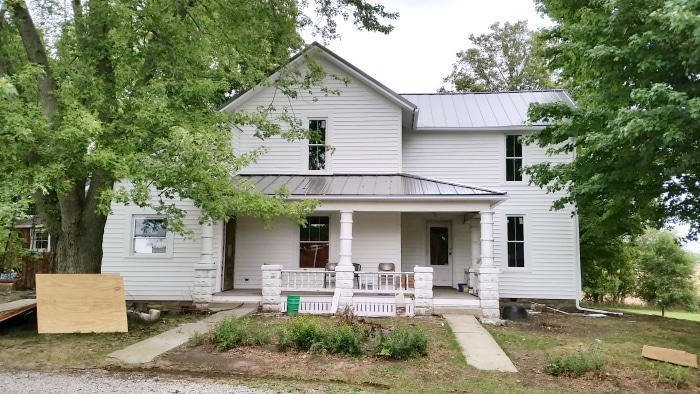 And here is how it looks today from a different angle.  We’ve gone back to the original white, but kept the bathroom addition.  🙂

Hopefully, next week we’ll have more progress.  I know that our new door is going in, so that should be all sorts of exciting.