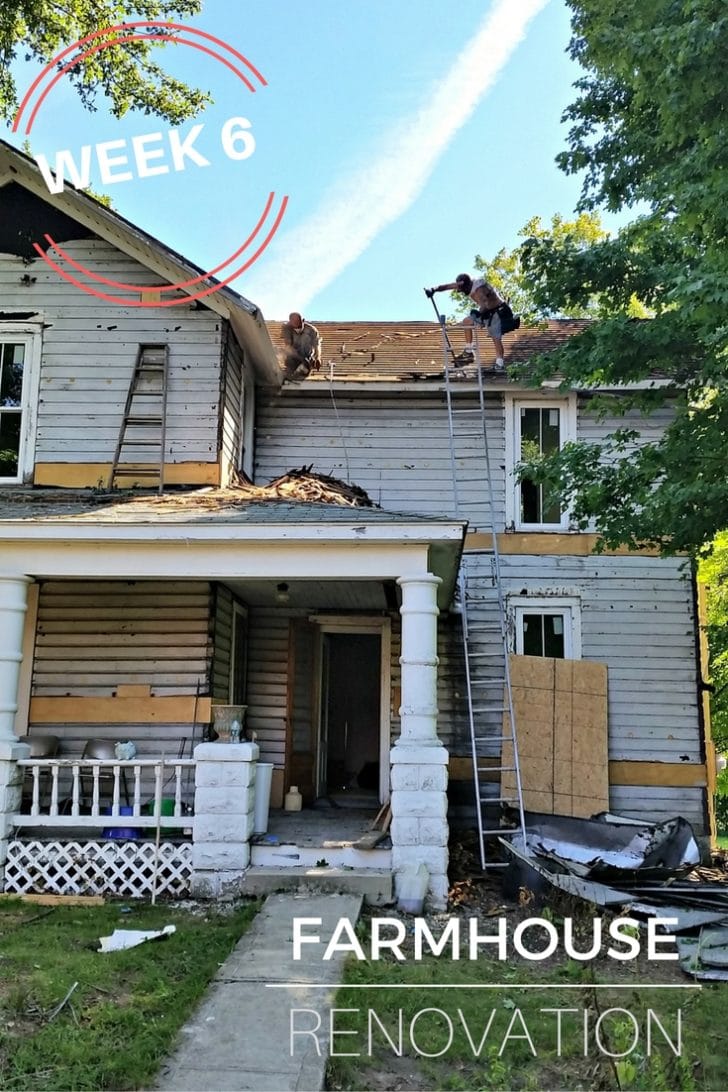 Another week and more work done on the home.  I think at times I don’t realize the amount of labor hours this house is taking to get ready.  It feels like I should arrive and the roof be new in a day.  Five days later, the top part of the roof is complete and the kitchen area and porch are tar papered.  This week felt so busy with the start of school.  It was fun to see the first big project happen on the house in putting it back together. 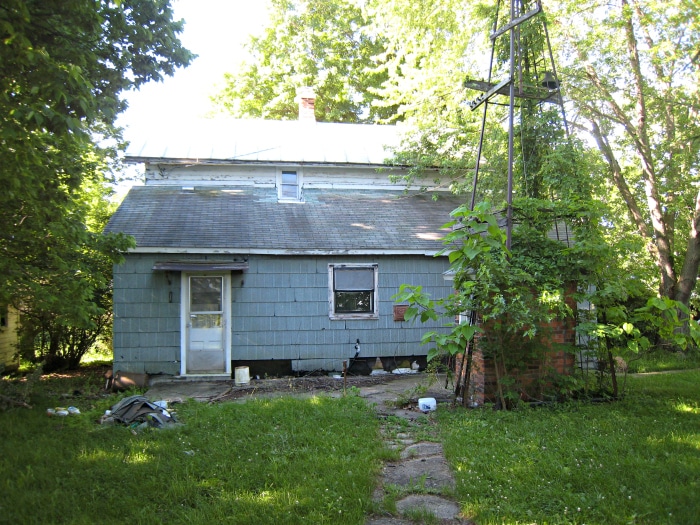 Here’s what the back of the house looked like when we started the renovation. 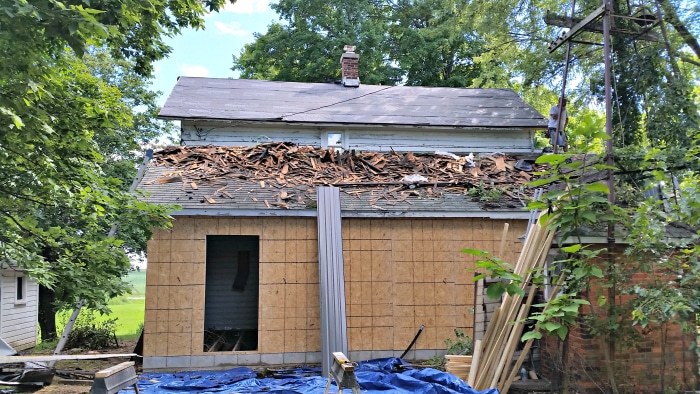 The kitchen area and laundry room have a wall again!  That was completed last weekend.  On Monday the roofing crew arrived and started tackling the roof. The upper area you see above in the picture took them an entire day to do from start to finish with the new metal roof.  The amount of wood shingles on the house was astounding.  I can’t imagine hammering in every single one of those in the 1800s.  I kind of felt bad to remove them.   The shingles came off, areas were repaired, board went down, then tar paper and finally the metal roof.  It was quite the process. 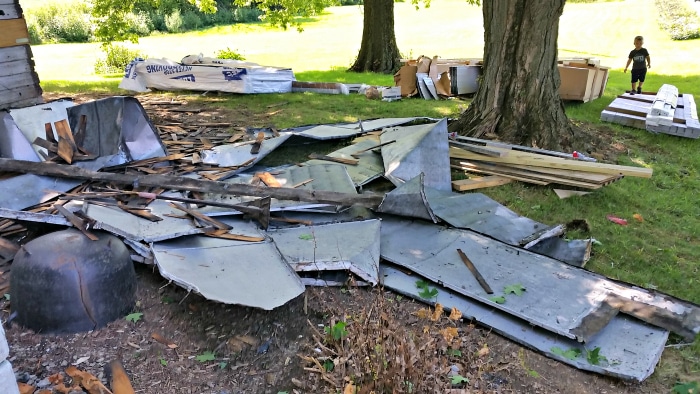 The house had standing seam on the upper roof on top of the wood shingles.  It was 24 inches wide and not in too bad of shape.  However, since we knew we had to remove the kitchen and porch roof because of leaks, we decided to do the entire house.  The standing seam will be taken to the scrap yard. 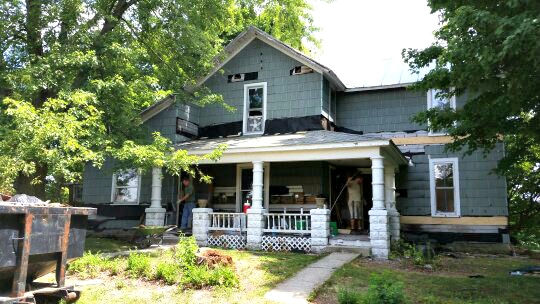 Here’s a picture of the “before”. 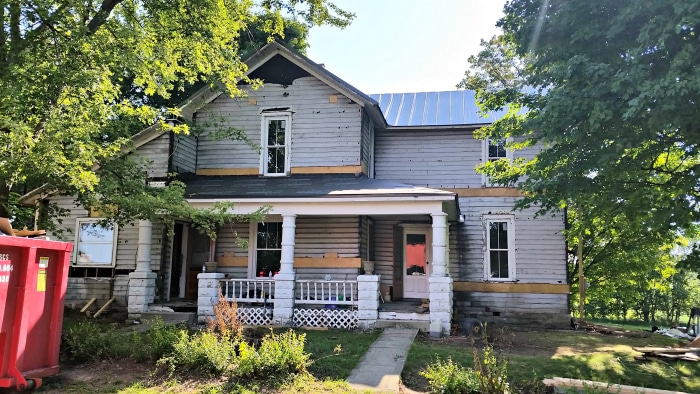 You can catch a glimpse of the new roof above.  This picture is what she looks like at the end of the week.  After the wrong roofing came in a few weeks back, we decided to stick with it.  From this picture you can’t see the waves in the standing seam.  I know they are there, though.  🙂  I will always know they are there.  I drive myself crazy with details like that. 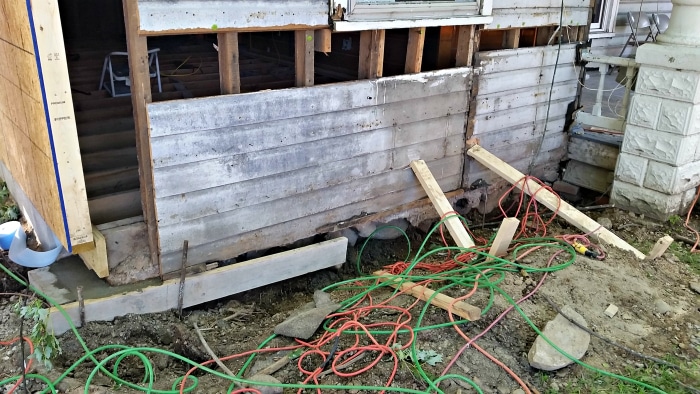 The foundation began the first of many stages to repair it on the side of the kitchen area.  The foundation on just that one side was built on river rock, or more likely rocks they found in the farm fields.  The foundation repairman came two days this week to fix it in stages.  The next step is putting rock back into the foundation.  We have a huge rock pile in our backyard from my grandpa and others picking rocks out of the fields over the last century.  They’ll be using those to repair the foundation so it looks original.  So cool! 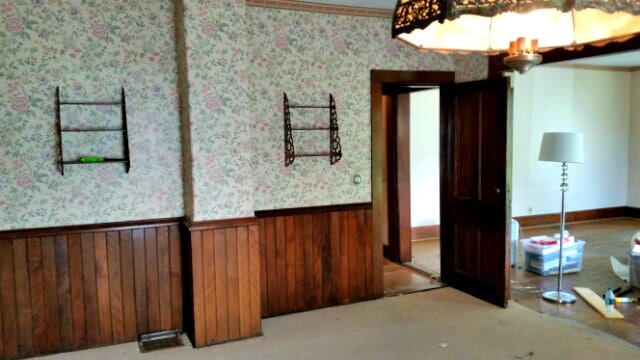 The biggest excitement for me this week was the chimney in the dining room.  My dad called me and told me he had a surprise for me.   Here’s the dining room chimney when we first starting the renovation.  It’s covered in wallpaper, like the rest of the house. 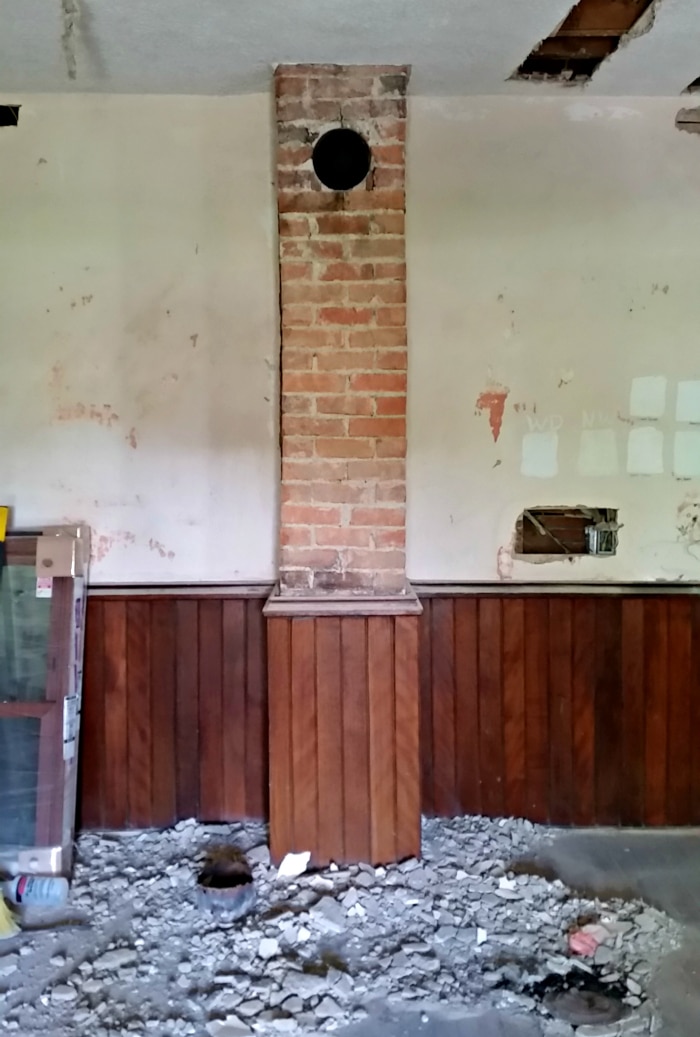 When I walked in, my dad had worked all day to remove the plaster from the chimney so we could expose it.  It looks amazing!  The dining room was originally the kitchen in the house. 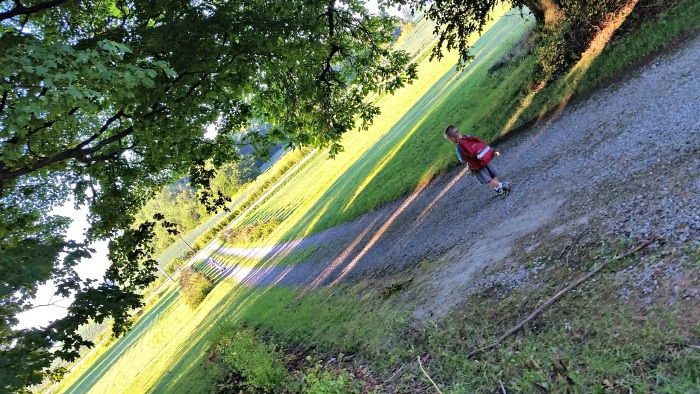 All in all, like most weeks it felt like we weren’t getting much done but in looking back we did accomplish a lot.  My oldest started school and it was very fun to watch them walk down the long lane to get on the bus.  The first of many!

Next week we hope to accomplish:

Siding on the house
Porch repaired and updated