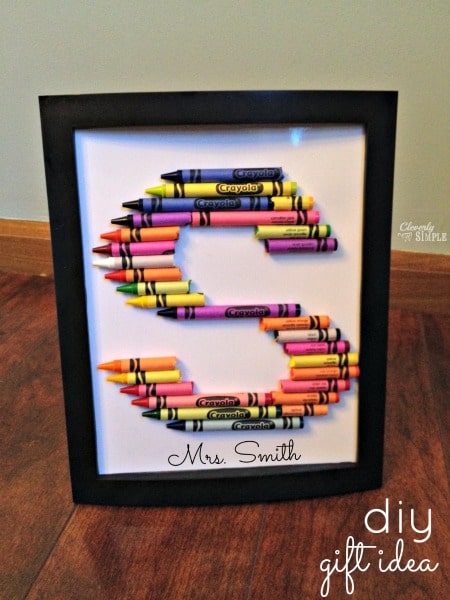 I’m back with another DIY gift idea on the cheap with this Crayon Letter in a frame.  I wanted to do something unique for my kiddo’s pre-school teacher (hope she’s not reading this) and found this online when I searched for crayon art.  I love it!  It’s colorful and it’s personal and it was super cheap to make. 🙂 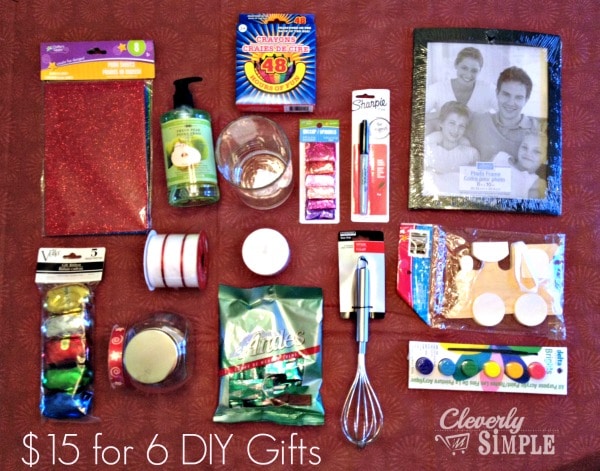 As a recap, here’s the items I started with.  I set out to make 6 DIY Gifts for only $15.  I’ve already shown you the Whisk You Merry Christmas, We Wash You A Merry Christmas and the Glitter Candle holder.  On to the frame!

(My apologies that I do not have a pic of the supplies.  Apparently, I was in the zone.) 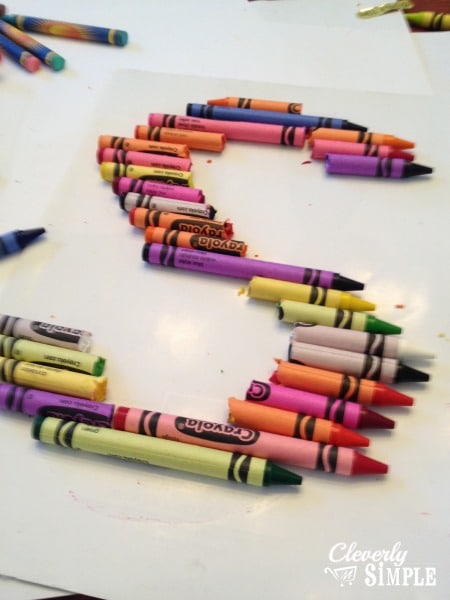 I started with the use of the frame (I purchased at the Dollar Tree) and the crayons I purchased there as well.  But, in the end Crayola has it’s own look and I really wanted to use the Crayola crayons.  Lucky enough I had plenty in stock in my basement form the Back to School Sales.  I think I paid only $0.25 for 24 and that’s exactly what I needed.

The first step is to write out the letter.  I used a crayon, since it was handy and all.  I then placed the longest horizontal crayons in their place and started to build the curves on the bottom half and then structured the top half to match.  Lucky enough, I could use the first half on the top and the bottom half of the crayon on the bottom.  Each letter is of course different, so you have to play around. 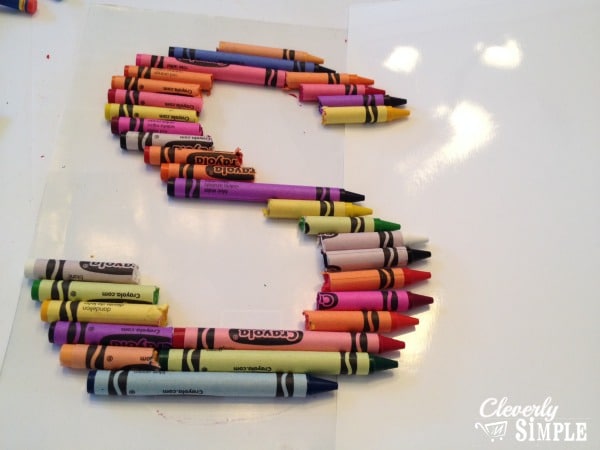 Of course, my kiddo’s teacher doesn’t have a last name that starts with an H or a T or even an A.  She has a S.  And S is intimidating.  Essentially, I laid out the full crayons first and then went from there.  They were surprisingly easy to cut with a simple pair of scissors.

One thing to keep in mind is to make sure the crayons are all facing the same direction.  This is really the only way to make sure they look right.  At this point in the process I was just trying to get all the crayons set up before any gluing was going to take place.  I simply laid them out on the white paper that came with the frame. 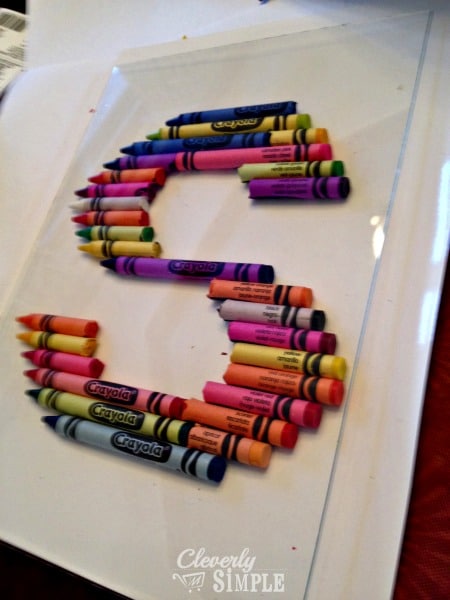 After I had a pretty good idea of where each one was going to go, I put the glass over it to make sure it was going to align well in the frame.  I never needed to use the glass in this, but the glass was a good guide.

And that’s it!  These DIY Crayon Letters are really a fun project to do, and was easier than I thought it was going to be.  I plan to have my son write the “Mrs. Smith” and then transfer it onto the frame.  For the website I chose a new name and just put it on there for privacy reasons.  But, I think my kiddo’s handwriting will be a nice touch. 🙂