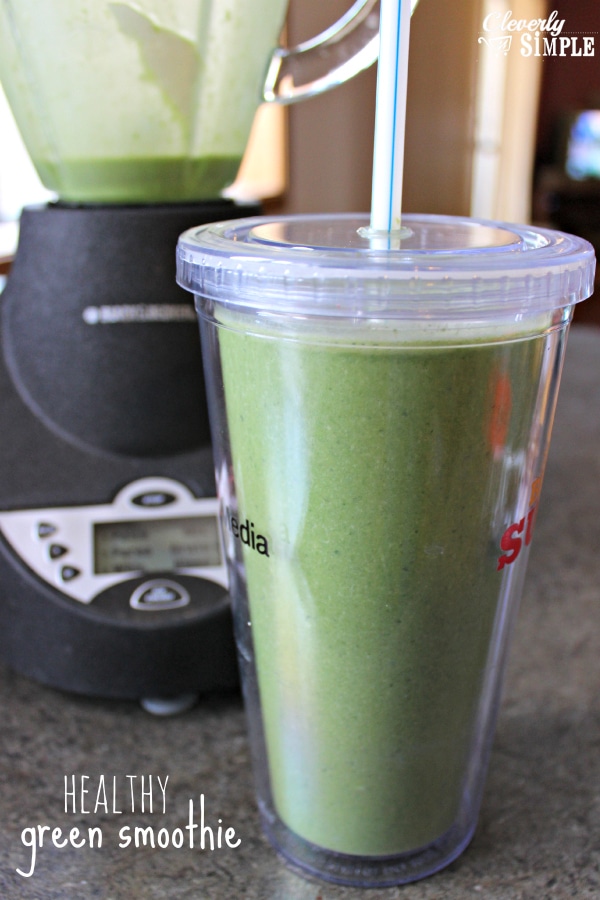 In celebration of St. Patrick’s day I’ve made this low calorie smoothie recipe – that’s green!  I’ve been thinking about making smoothies now that the weather has provided us a few warm(er) days.  However, I wanted a healthy green smoothie recipe to try first.  I figured I might as well get hooked on the healthy part of it, too!

I started with the base healthy green smoothie recipe here and changed it up a bit.  The spinach can get a little bitter to me in a smoothie so I had to add and modify some of the recipes I saw online until I found what became my favorite healthy green smoothie!  And let me tell you, this smoothie is FILLING!  In fact, I could not drink the entire thing.  It’s packed with protein and is low fat.  But most importantly it’s tasty!

So in terms of it’s low calorie punch, the smoothie made with the ingredients below has 266 calories and 20 grams of protein! (This is without the banana because I don’t know the details of the banana since the peel doesn’t come with nutrition facts.)  😉   This is a BIG smoothie.  Things taste so much better when you know they’re good for you. 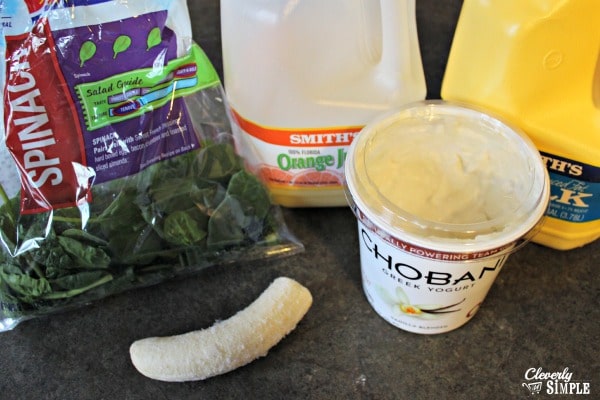 To make this low calorie smoothie you will need: 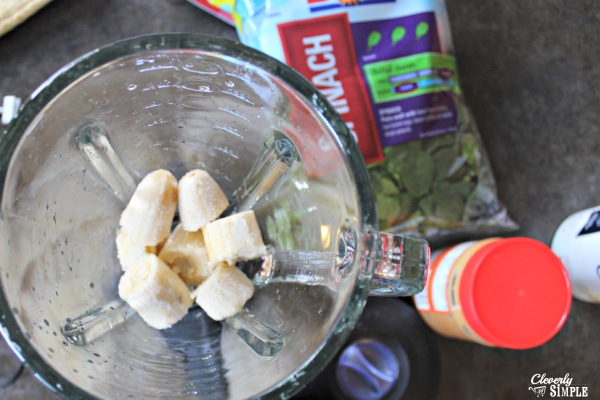 Add the frozen bananas to your blender.  It is easier if you take the peel off the banana before you freeze it.  I lay them flat in a freezer bag and they freeze nicely.

*You may notice in the picture above, there’s a jar of peanut butter.  I tried it with the peanut butter and it tasted funny to me with the spinach.  I’ve actually tried this four different ways trying to perfect it.  My kitchen has been green smoothie central!  If you want to try the peanut butter, I would add about 1 – 2 tablespoons.  It definitely changes the taste of the smoothie and I found I liked it better without.  This is coming from a girl who is a peanutbutteraholic so you just never ever know. 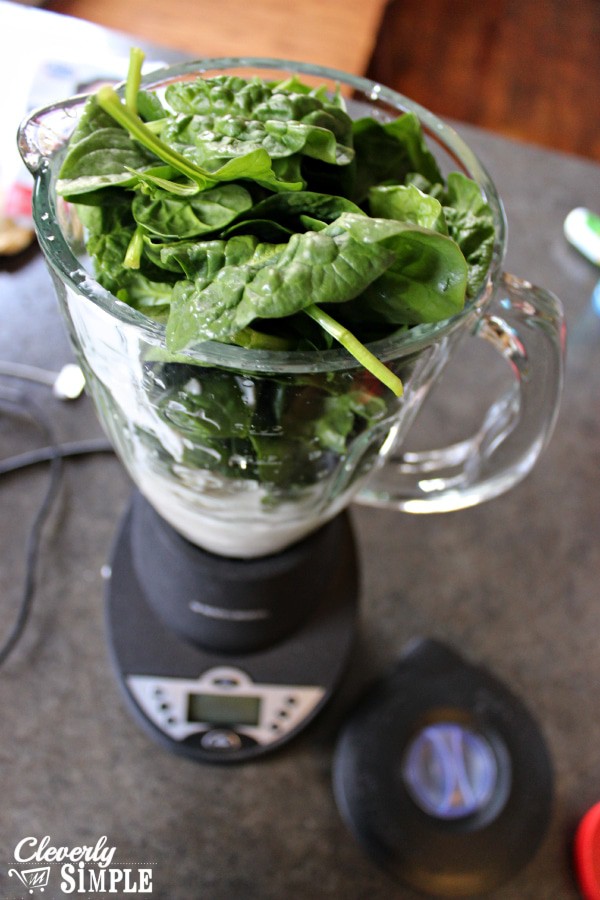 Add the rest of the ingredients to the blender.  You can pack it full with as much spinach as you prefer.  I found that the perfect amount is about two cups. That’s my personal preference.  I pack the blender until it reaches 6 cups total.  That’s my perfect taste spot. 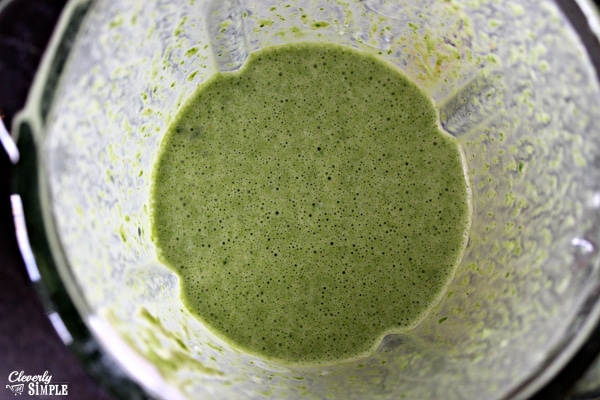 Yummy!  I did find that the smoothie had little flecks of spinach.  I didn’t notice it when I was drinking it though.  And trust me, I don’t like little bits in my drinks so it’s really not a deal breaker.

That’s it!  It’s super easy to make!  Like I mentioned, I only enjoyed half of it because it was so filling.  I ended up popping it into the freezer for later!

Easy healthy green smoothie made with spinach and greek yogurt.