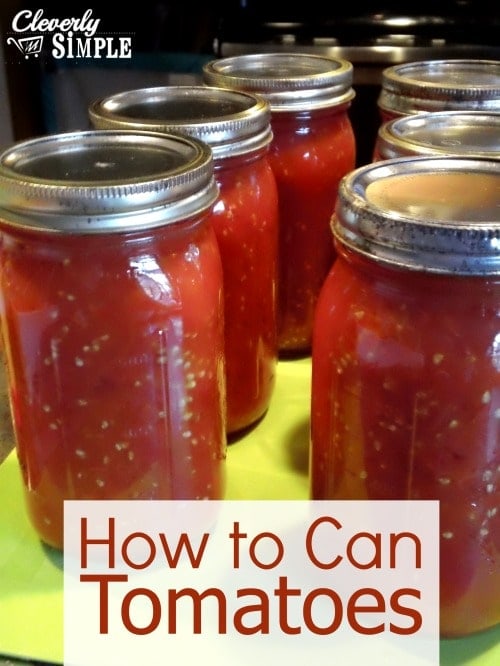 How to Can Tomatoes

If I can tomatoes, you can can tomatoes.  I did not grow up canning, but thanks to a sister-n-law who did, I have seen the light and how easy it is.  If you’ve ever thought of canning, tomatoes are a great place to start.  Do it!  You have such a sense of accomplishment afterwards and can enjoy your bounty this winter!

If you’re just getting started I suggest you check out the guides here.  However, here are a few steps that I love to share because I think they cut down on the time and keep it Cleverly Simple.  You know I love that.

quart glass jars  ( you can pick these up at most grocery stores)
lids
tongs
salt (Update: it is now recommend that you use lemon juice)
tomatoes 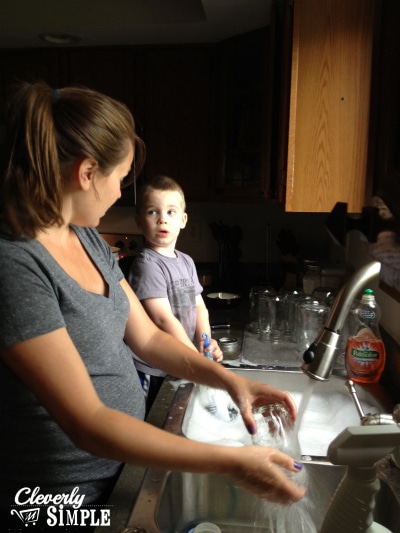 The people who can together, stay together.  It’s so much more fun to go through this process with someone else.  I canned our tomatoes with my sister-in-law and mom.  We also had a few small helpers as well.  Pictured above is my sister-in-law, the canning master, with my little guy.  They are cleaning the jars before we sterilize them. 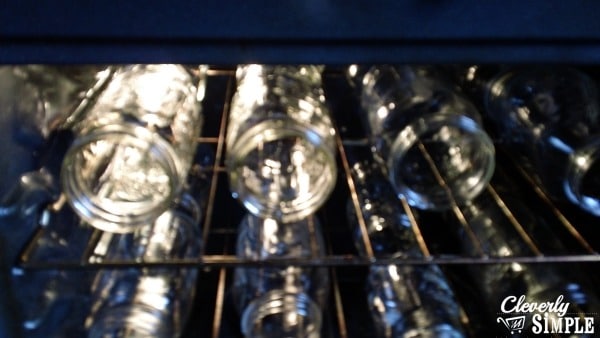 Sterilize Your Jars in the Oven

This picture is a little blurry, but it also feels somewhat artsy.  Go with it.  🙂  We turn our oven onto 200 degrees F after we have washed and rinsed the jars.  They can stay in there until you’re ready to use them.  Don’t turn it on much higher as your jars can crack.  Make sure you use tongs to remove them.  They’ll be hot! 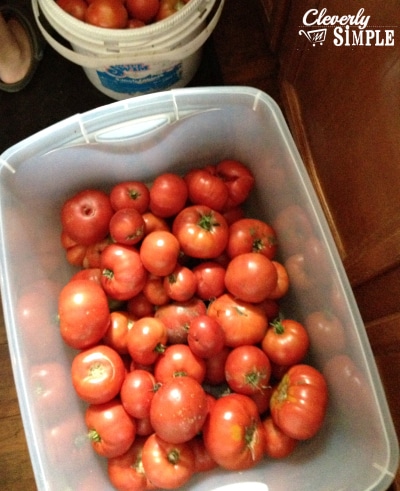 Ask Everyone for Tomatoes

Everyone loves the idea of tomatoes and then you get a bumper crop and you don’t know what to do with them all.  Ask your neighbors, ask your friends and ask your co-workers.  You’ll be surprised how many people will almost pay you to take some tomatoes off their hands. 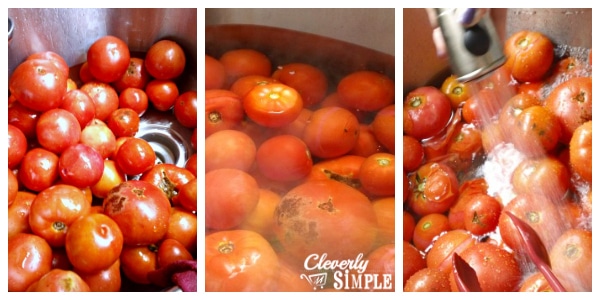 Use The Sink and Boiling Water to Peel The Tomatoes

Once you’ve rinsed the dirt off of your tomatoes, place them in the sink, stem side down in a single or double layer.   You’ll want to also make sure all the stems are removed.  Boil a BIG pot of water.  With the drain closed, pour the boiling water into the sink.  Make sure the water covers the tomatoes completely.  Let it sit for 1 minute.  Open the drain. (You will want to use tongs.  Don’t burn yourself!)  Rinse the tomatoes with cold water to cool their temperature.  The tomato skin will now slide off.  You can de-core and cut them into chunks!  Put the tomatoes into a large pot and get ready to simmer! 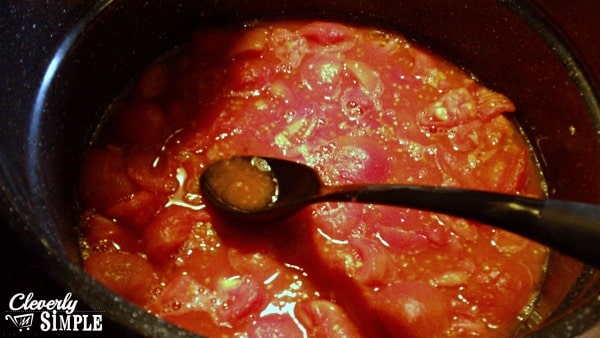 One tip my sister-in-law shared was to bring the pot of tomatoes SLOWLY to a strong simmer or boil.  You want the tomatoes to be boiling but you also want to make sure that the chunks of tomatoes can be cut with a fork.  This tells you that they’ve softened enough to can.  If you bring it to a boil too quickly, the juice will burn and the tomatoes will still be somewhat – not soft.

As they simmer, you’ll always want to skim the foam off the top.  This is the impurities that rise to the top of the pan.  Cool, eh? 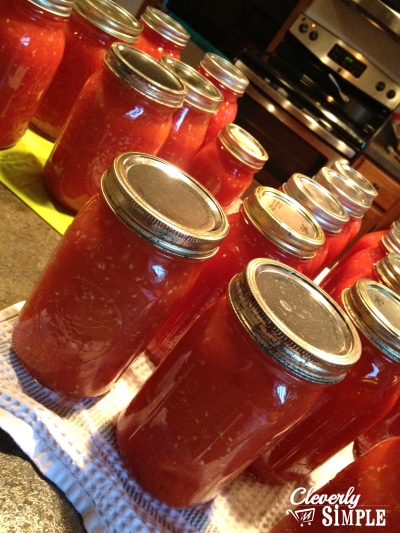 Once you’re ready to can, make sure you sterilize anything that will touch the jars.  We pour the simmering tomatoes into the jars with 1 teaspoon of salt.  (Update:  It is now recommend that you use lemon juice.)  Wipe the edges of the jar and then place the lid and ring around them tight.  You can find more tips here about this process.  Once your jars are sealed, don’t touch them and them let cool naturally.  You’ll hear a pop when they seal!

Once you’re done you can enjoy canned fresh tomatoes all year long!  We use canned tomatoes in chili and in homemade spaghetti.  YUM!

Have you canned before?  If so, what do you like to can?