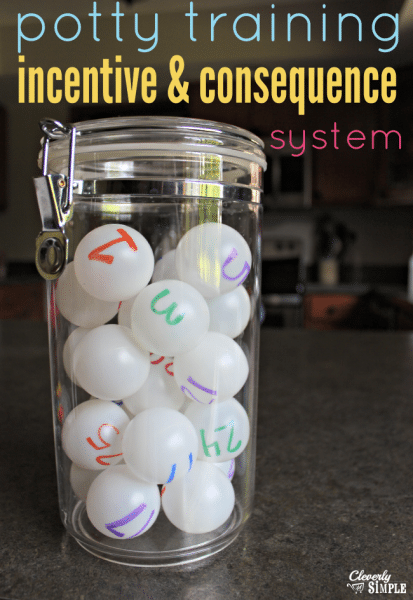 What I’m Doing to Potty Train My Four Year Old

Potty training.  It’s an interesting time.  My four year old went through it soon after he turned three.  We had waited until he was ready and he was potty trained in three days.  It was amazing.  While I would have loved to have had him potty trained before that, he just wasn’t ready and so I didn’t push it.

However, one mistake we made was with the pull-ups.  He still wears them at night and at naptime.  While they are awesome in terms of a “one thing at a time” approach to potty training, I now fear that we allowed my big boy to only potty train himself through the day.  At the same time my kid is a deep, deep sleeper.  I know that some of the obstacle is that he simply doesn’t wake up.  It’s all a guessing game when it comes to kids and potty training, right?

Either way, I wanted to come up with an incentive program to potty train him out of pull-ups all together during night time.  I started with a simple incentive where when he got to five dry pull-ups he could pick out any toy he wanted.  (Granted, we went to the Dollar Tree – but hey, it worked.)  The problem with this system is that my kid is smart.  He would have a dry pull-up when he felt like it and build up to the toy.  He didn’t care in between.

I needed a system that had consequences as well as incentives.  My friend Cheryl was sharing something she did to potty train her little girl, and I thought it was brilliant!  So far, it’s been working.  I won’t say that it’s been perfect because we’ve still had a few wet nights, but I will say that my kiddo is trying really hard.  The first thing he says to me is “I see blue!”.

What did people do before they had diapers that would tell you when the kid was wet?  We are living in luxury, folks. 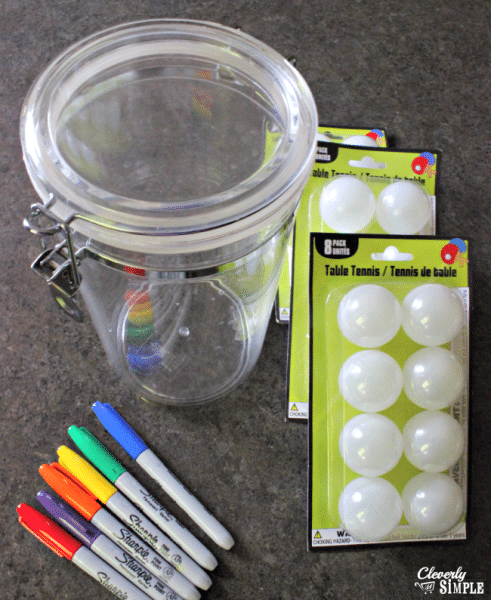 The goal of this potty training system is to fill the jar with balls.  All you need to create this system is balls, a container and markers.  I chose to buy ping pong balls at the Dollar Tree.  I already had the container.

The only other thing you need for this system are the rules.  Here are our rules: 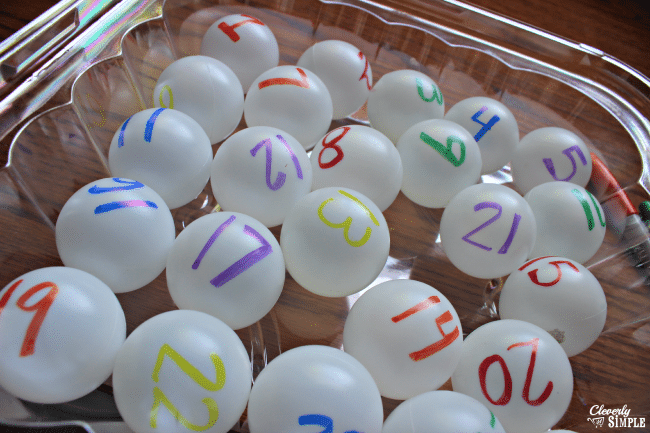 I numbered the balls because I wanted to have achievable goals.  Our jar was so big I knew he would feel overwhelmed if the first prize came at the 24th ball.  Below, you’ll find what he came up with.  I think it’s really important to let your child pick the goals.  It makes them real.  This is what my four year old came up with.

As you can see, they get more expensive.  But then again, so are pull-ups!

This is working so well that my four year old tried to manipulate the system.  A few days ago he came to me in the morning and told me his pull-up was dry.  We added a ball to the jar.  A few hours later my husband walked into his room and noticed a wet pull-up on the floor.  The little stinker had changed pull-ups.  When he was confronted, he confessed.  The kid is smart.  He also had to remove 3 balls from the jar for lying about it.  We made a conscience decision that the balls were only consequences for potty training, not for other offenses made during the summer.  However, since the lying involved the pull-up, we included it.

I don’t think he’ll do that again.

Overall, I think it’s been a success.  I’ve never seen him more motivated to get out of his pull-ups.  Just this morning he reached ball 5, and so we’re headed out to get a toy at the dollar tree.  It took him about 10 days to reach this goal, so we’re super proud of him! 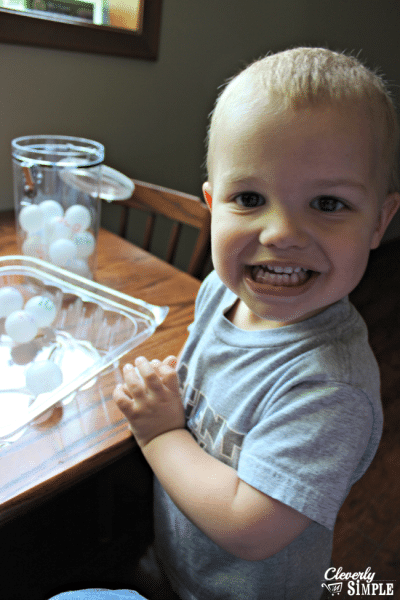 What are you smiling about, my little two-year old kid?  You’re next!