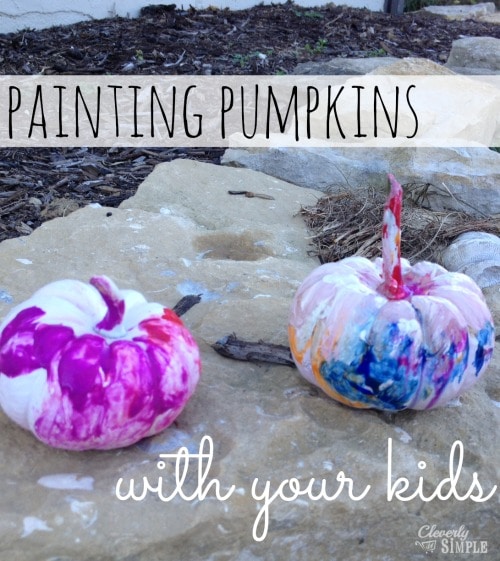 The whole pumpkin carving thing is great until you have little ones and the thought of carving an awkward round object with a thick, sharp knife has you up at night with nightmares.  I’m all about having cute pumpkins, but my kids aren’t the most coordinated – and neither is their mama.  So this year, I made a go of it by busting out the paints and getting our pumpkins painted.

Here’s a few things I learned in the process.

1.  Use little pumpkins.  The big ones are just too overwhelming and unless you have a gallon of paint, you’re going to find yourself running out or your kids losing interest.  I’m speaking purely as the mom of a four year old and one year old.  My kids were tickled pink about picking out their own little pumpkin.  Bonus points for the fact they could carry them after they picked them out.  I took the orange pumpkins and spray painted them so as to show the colors more vibrantly. 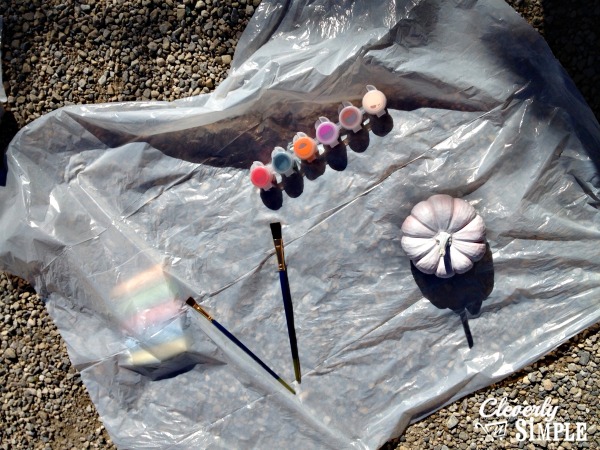 2.  Get everything set up before the kids wake up from their naps.  My kids were so EXCITED to get started that I was glad I was ready to go.  “Hold on while momma gets the paint brushes out”, is not going to fly with my four year old.  His creative juices were already running and I wanted to catch that train.  The attention span of a small child is fleeting – catch it!

3.  Set ground rules. I really believe the success to crafts with kids is setting up the expectations before all craziness breaks lose.  My kids need the boundaries and they respond really well when they know how far they can go with a project.  In this case, it was keep the paint on the pumpkin and your brother is not the canvas. 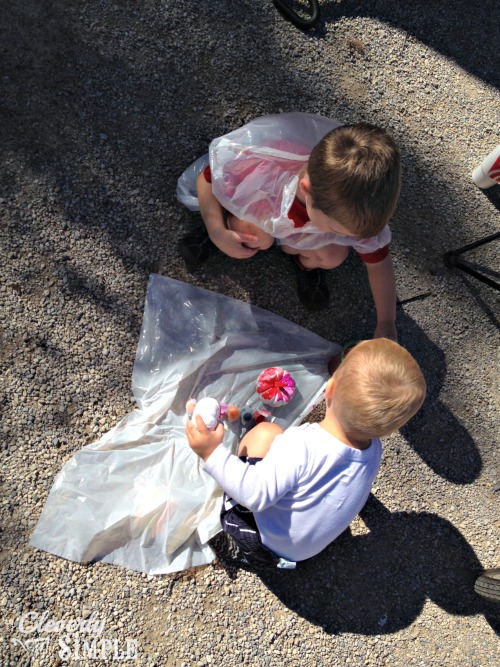 4.  Let the kids be the kids.  Have you seen the pinterest pumpkins out there designed by children?  We’ve got a lot of picassos out there.  I love watching my four year old create his own with whatever colors he wanted.  Ironically, he painted the white pumpkin with a multitude of colors.  It was looking awesome.  Then he said, “one more coat, mommy” and stuck his little paint brush in the white and covered the entire pumpkin in white – the original color of the pumpkin.

Have you painted pumpkin?  Any other tips to add?