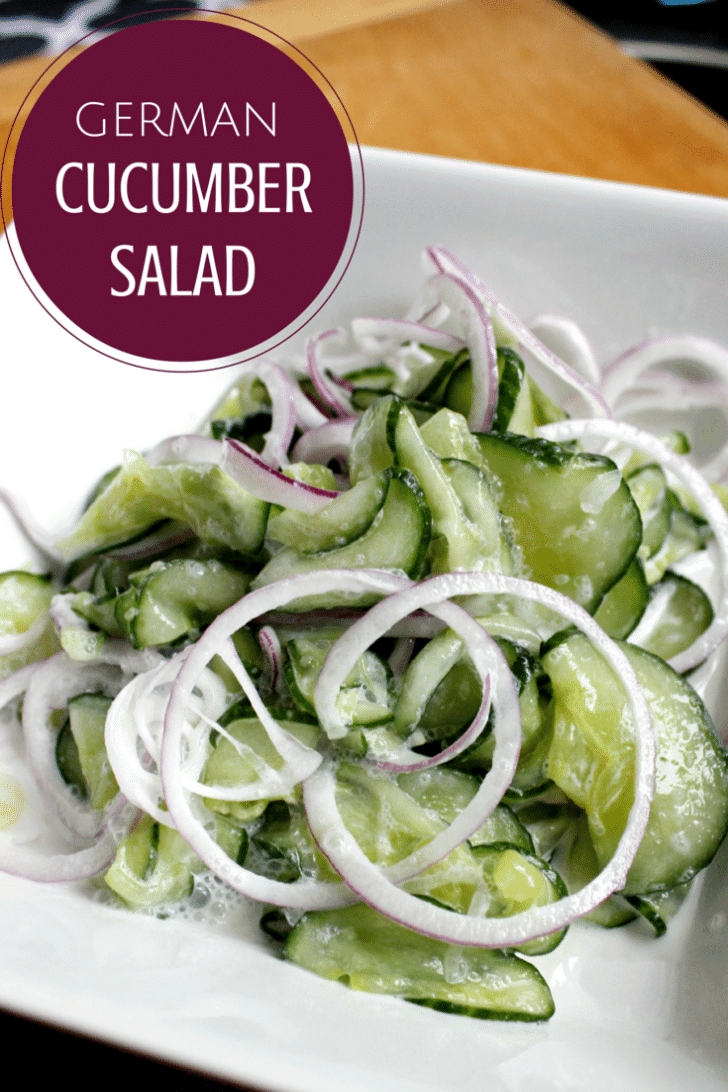 Today I’m so excited to share with you one of my grandma’s staples when it came to nice dinners throughout the year.  This German Cucumber Salad recipe comes from her family.  Her mother, my great-grandma, came to the United States in the early 1900’s from Germany, so I can only hope this is her authentic recipe.  “I hope”, because my grandma was known to change a few things up in the kitchen.  But since she was the first generation here, I think she had that right.

Nonetheless, this recipe is awesome.  It’s crisp and light and is perfect with a heavy steak or a big ham at Christmas dinner.  My favorite thing about it is most of the work is done the night before, so it’s a great side item when you’re entertaining.

Are you ready to see how easy this is?  You’ll need two cucumbers, a red onion, salt, sour cream, white vinegar and sugar. 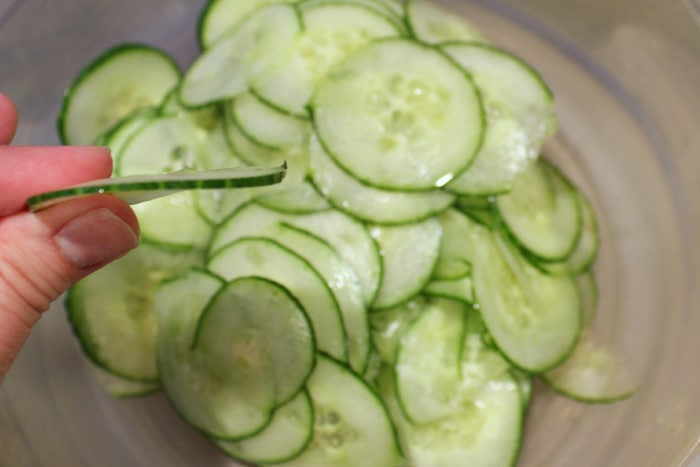 This first thing you’ll need to do is to thinly slice the cucumbers.  You could do this by hand, but it’s much easier using a mandoline.  Let’s talk about the word, “mandoline”.  It sounds like a musical instrument to me.  Not a veggie slicer.  But then again, it does make me feel all fancy in the kitchen.

Anyways… once you slice your cucumbers, go ahead and slice up some red onion.  I used half of the red onion.  Set the red onion aside.  You won’t need it until the next day, but it’s nice to have it all sliced up. 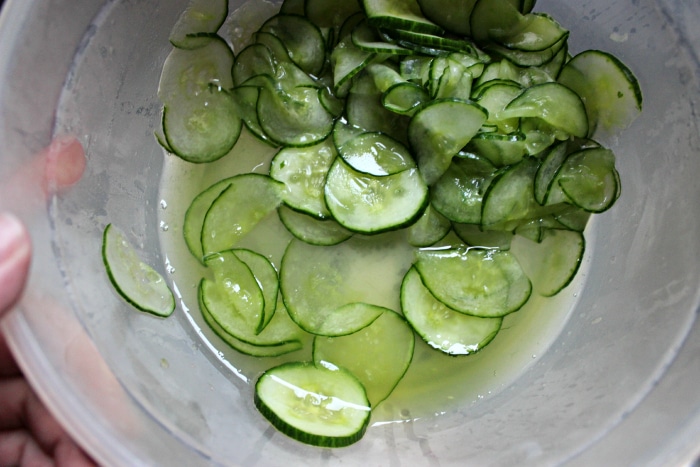 Toss the thin cucumber slices in 1/2 teaspoon of salt.  The point of the salt is to pull the moisture out of the cucumbers.  Once you have the salt tossed in there, place your cucumbers in an airtight container in the refrigerator and let them set overnight.

The next morning you’ll need to drain your cucumbers.  Above you can see how much moisture the salt pulled from the cucumbers.  Make sure to rinse your cucumbers and then wring them out again.  You want to get all the salt out so that your salad isn’t too salty. 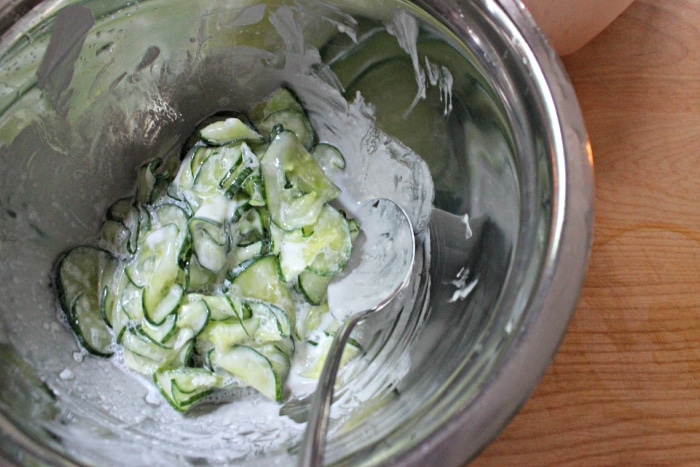 Add the red onion you sliced the night before, and you’re done! 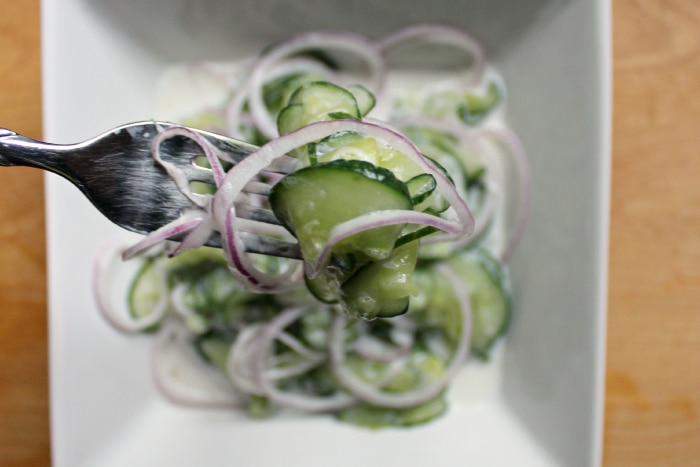 And that’s it!  The longer you let them soak, the better.  I like to make it the morning of the big meal so that the flavors can gel together. In fact, I usually store it in a storage bag in the refrigerator and then plate it nicely before dinner.

This recipe could not be easier, and it’s unique which is what I really like about it.  It’s perfect for your garden veggies this summer!