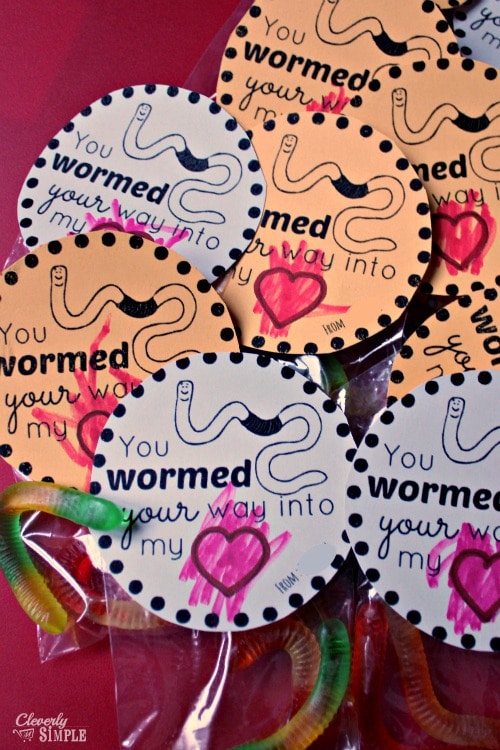 I wanted to share with you the Valentine’s Day cards I made with my four year old last night.  We had so much fun!  I was inspired by this post about Gummy Worms.   Actually, I went on the hunt for a gummy worms idea because it was the choice of my four year old.   He spotted the worms in the store last week and so when I asked him what candy he wanted for his Valentine’s Day cards, he knew right away.

Here’s how I made these cute Valentine’s for his class. 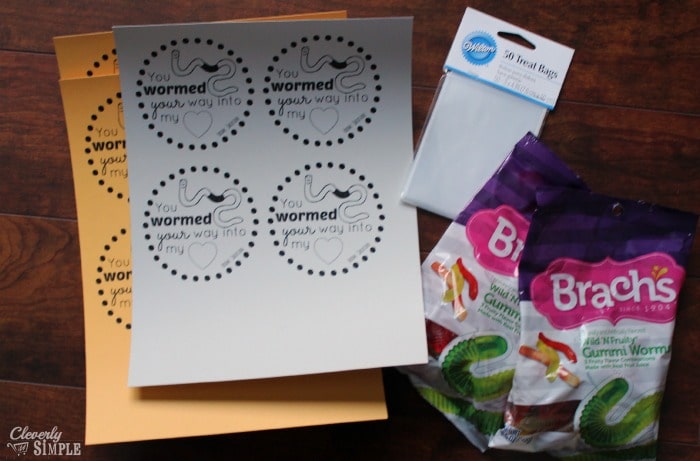 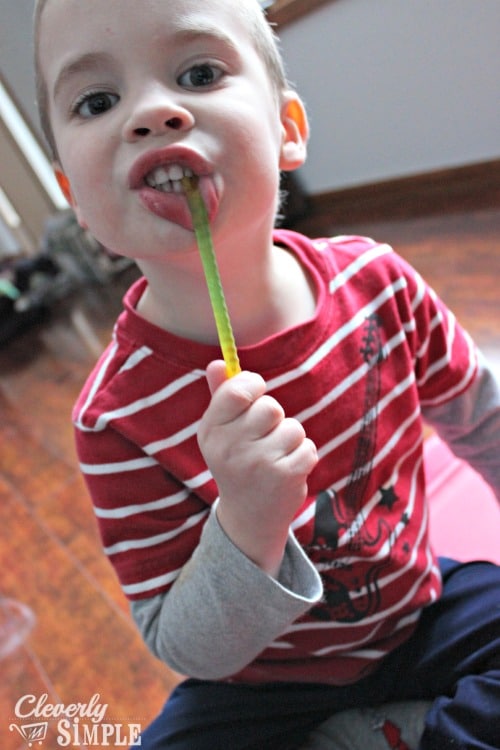 First, gather all four year olds and let them eat a gummi worm.  Get this step out of the way and the rest is smooth sailing. 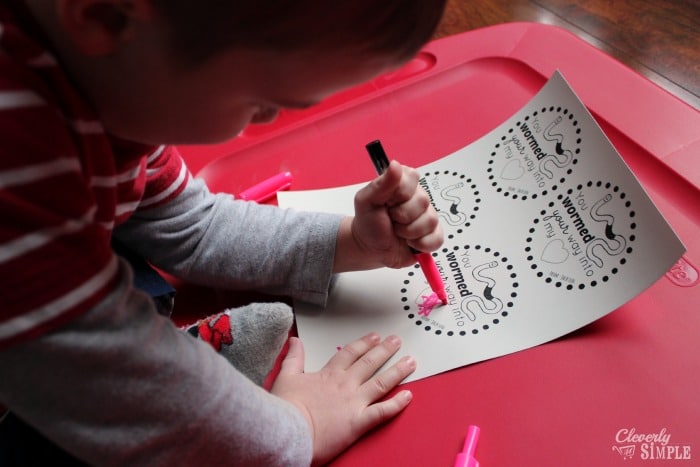 I wanted my son to have as much input as possible.  He’s not the best at writing his name in small spaces so I opted to let him color the hearts.  I intentionally made them so that he could color.  This is ironic to me now since coloring is not his favorite thing to do.  Nevertheless he was into it when making these. 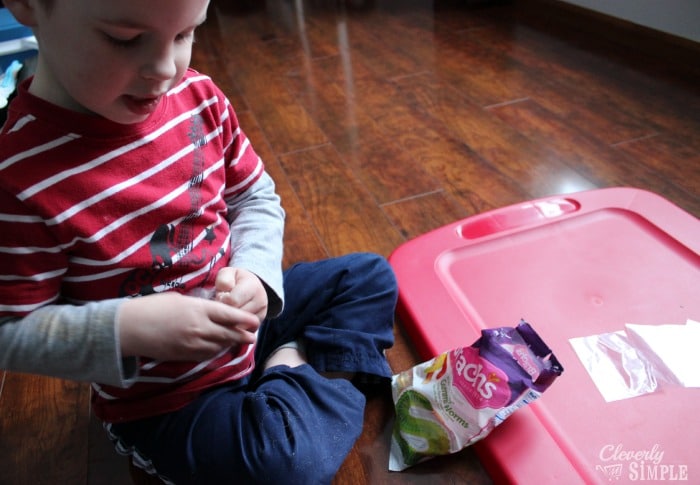 Our next step was to fill the little bags with the worms.  He did them all by himself!  I thought we should put three in each bag, but he opted for two.  My guess is he was thinking he wanted more for himself.  Smart little kid. 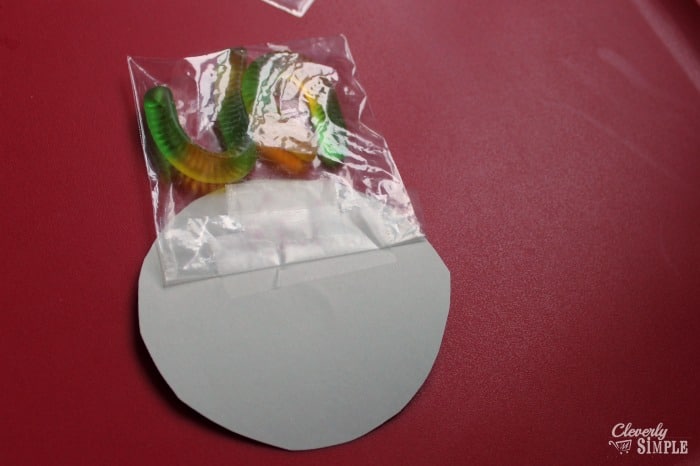 We taped the little bags shut by folding over the edge.  We then taped them to the back of each printable. 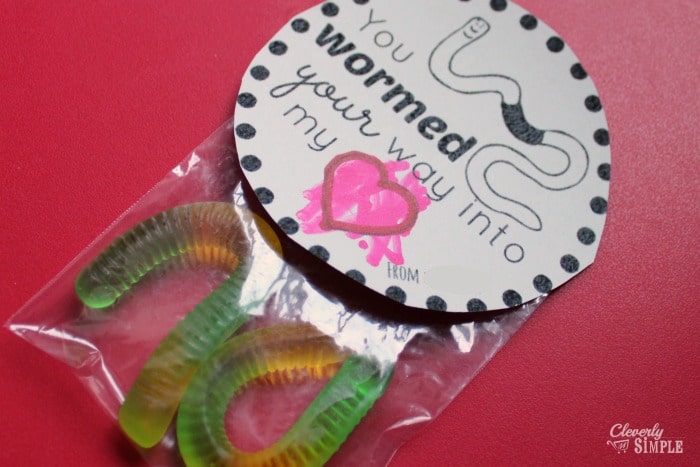 This is what they look like completed.  We used grey and orange cardstock.  These were the colors that my kid picked out.  My son made the style decisions so that he would take ownership of the project.  🙂  They’re not the colors I would have picked but he’s way more excited about handing them out because of what he put into them.

That’s it!  His little bags are full and he’s ready to take them to school this week.