Handwriting has a personality.  I have to admit that most of my written words are typed lately, but there is something about a handwritten note that I receive in the mail.  The personality behind it, the fact that it’s personal, makes it so meaningful.  I look back on notes I wrote in middle school (yes, I still have some) and I laugh at all the “i”‘s that are dotted with a heart.  Was I the only one? 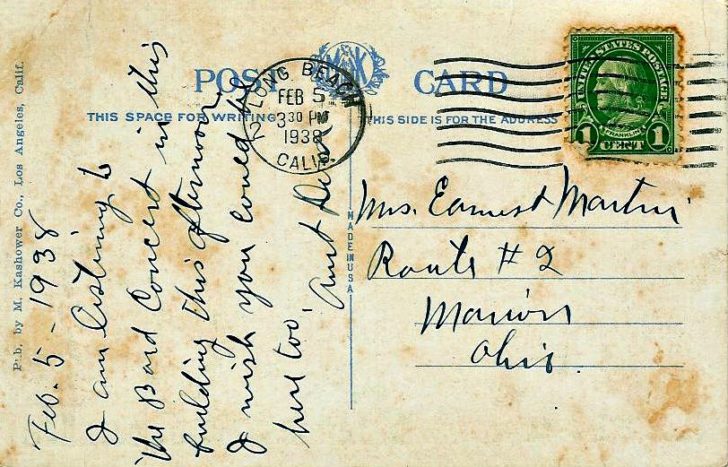 Because my oldest starts Kindergarten in just a few short weeks, I wanted to take a moment to freeze time.  He’s growing up so fast.  I love all the things he’s learned this past year, including writing his name.  I wanted to capture it in a way so that the next generation will get a picture into where he started.  His handwriting is a window into his new adventure this year in school.  He will accomplish anything he wants in life because he’s been given the opportunity to write and share everything he’s learned. 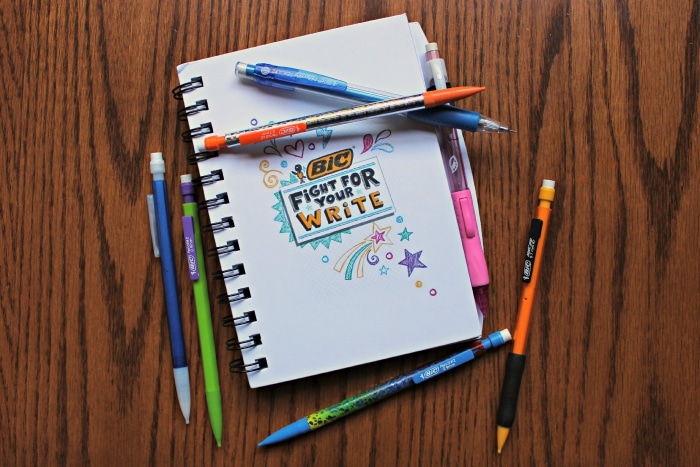 BIC sent me some great pencils and a notebook to start my project.  The fun colors made it a fun project and I especially enjoyed the larger BIC pencils for his little hands.  I love that they’re encouraging us all to “Fight For Your Write“.  I think that as the world gets more digital we risk losing a bit of the personal touch that handwriting adds to the conversation. 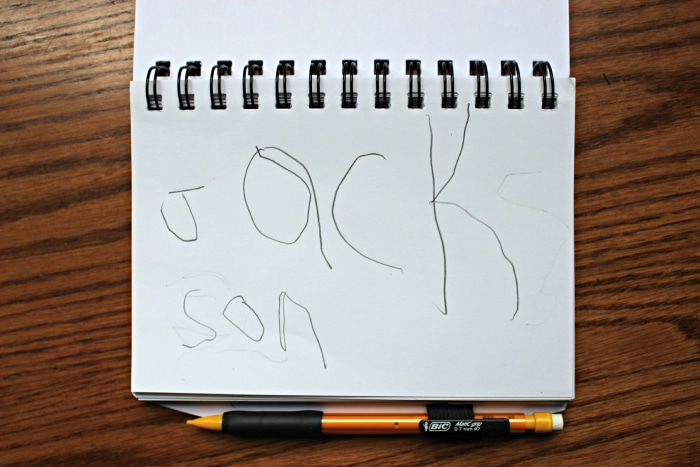 I had Jackson write his name in the notebook.  It’s fitting that he used two lines.  One because, he’s six.  But also because his name “Jackson” means “Jack’s son”.  Deep, right?

If you want to tackle this project, I would definitely recommend having your child write their name on one line, so you can take a picture and transfer it easily to a canvas.  However, it’s hard to get a six year old to settle down to write their name in the middle of summer. You can see a little of his erase marks.  (The BIC pencils have great erasers for all those mistakes.)

I took the picture of his name and transposed it in photoshop.  (Again, if you don’t have Photoshop, just grab a great picture of the name.)

Using a canvas company, I added his name using a template online.  I just love how it turned out.  It now hangs above his bed and will be a keepsake I’ll treasure forever.  As he grows older, we’ll see how it all began and the personality behind his name at age six. 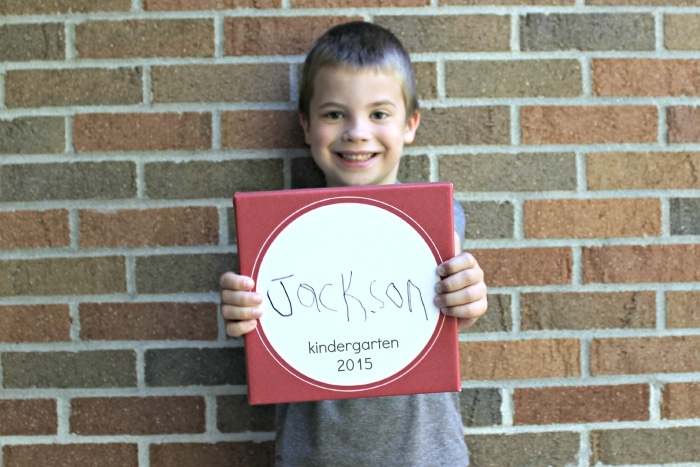 I also plan to use the canvas each year for his first day pictures.  Using an online photo editing software, I added his grade and the year.  Cute, right?  I love that as he grows we’ll know where he started – and it all began with writing his name!

You can check out other BIC projects and inspiration when you check out the hashtag, #BICFightForYourWrite.  BIC Mechanical Pencils are celebrating their 30th birthday!  Head over to the BIC Pen Pals Facebook Page and enter to win.