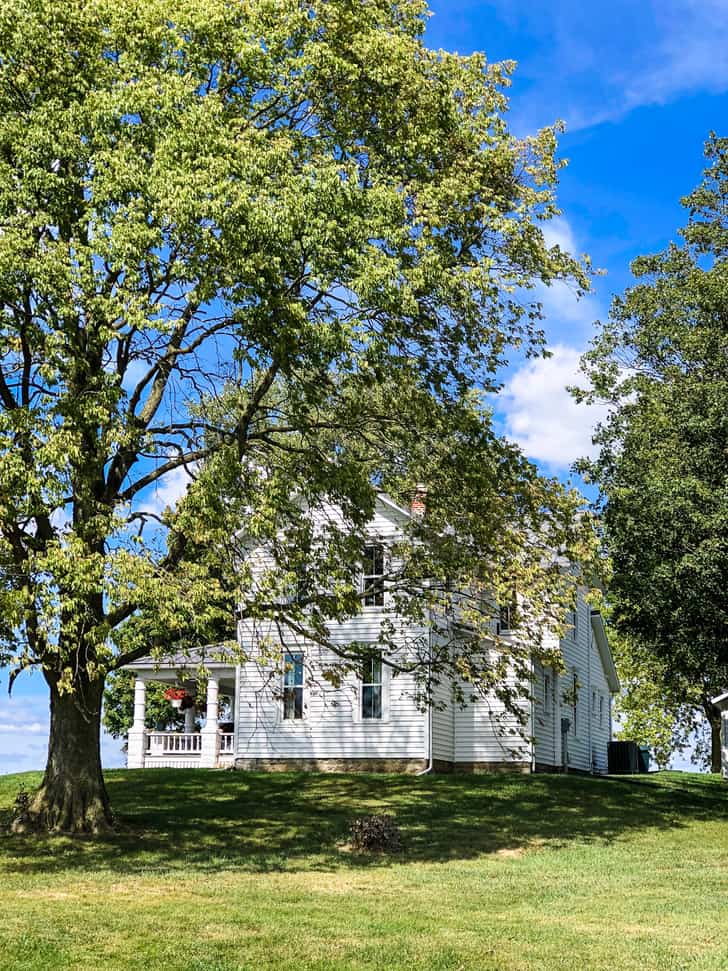 What a delightful September it was.  We were able to get into the routine of things and took a few trips as a family. Plus, we were able to tackle a big project at our home.  And while we’re not done, we made a big first step and I’m so excited! 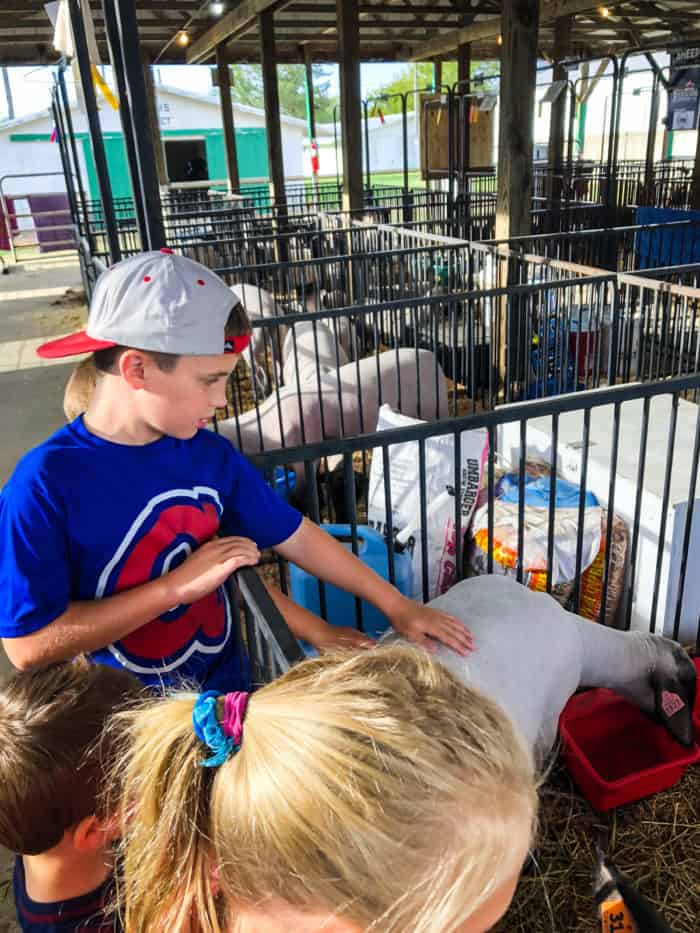 First things first, the month kicked off with a trip to the local fair.  It happens every Labor Day weekend.  On Friday we jump into the car after school is out and head to the fair to see the animals, eat some fair food and watch the Demo Derby. 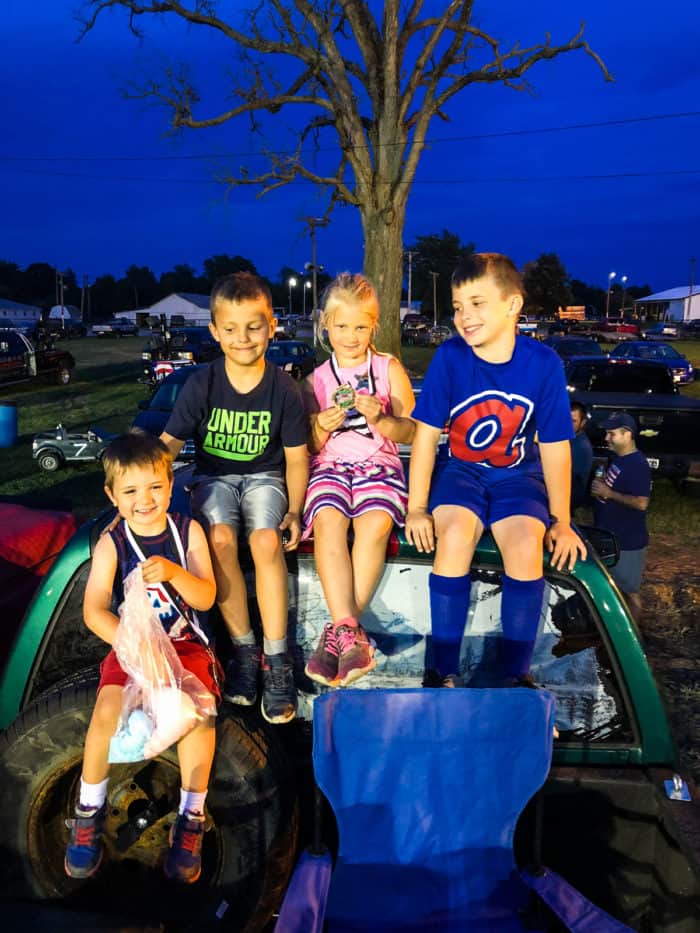 I had never been a Demo Derby person growing up simply because I had never had the opportunity to witness it.  It’s so much fun to watch cars crash and as you can imagine my boys love it too.  We get the pit pass and climb up on my brother’s truck and watch it into the night. 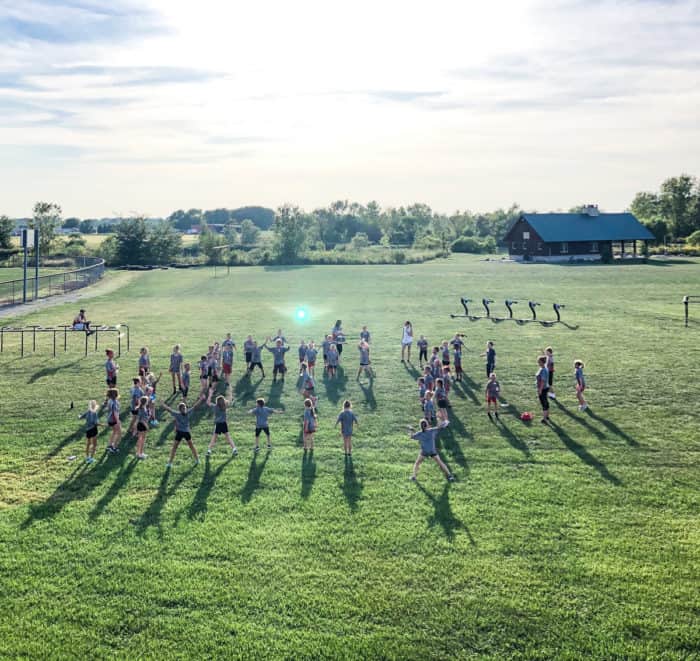 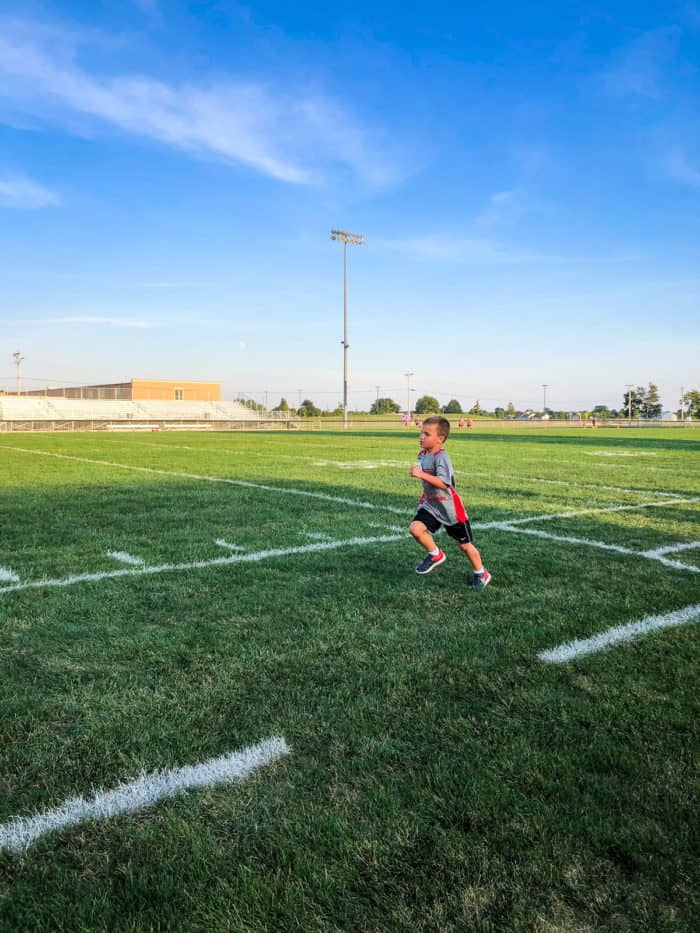 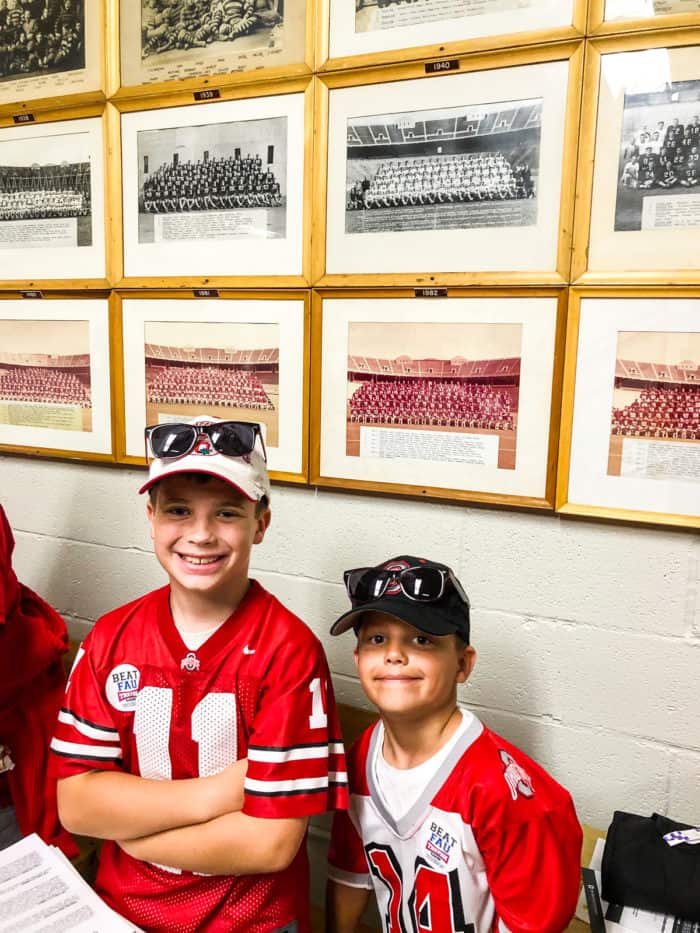 The next weekend we were given Ohio State football tickets and could not turn them down.  My boys have been begging to go to a game but honestly I was not going to pay the ticket price.  It’s too expensive, but free I can do.  So we went with my parents who are alumni of Ohio State and had a wonderful time.  Now the boys can say they’ve been to a game, and we didn’t have to break the bank doing it.  The picture is of my boys in front of their great-uncle’s team picture who played at Ohio State decades ago. 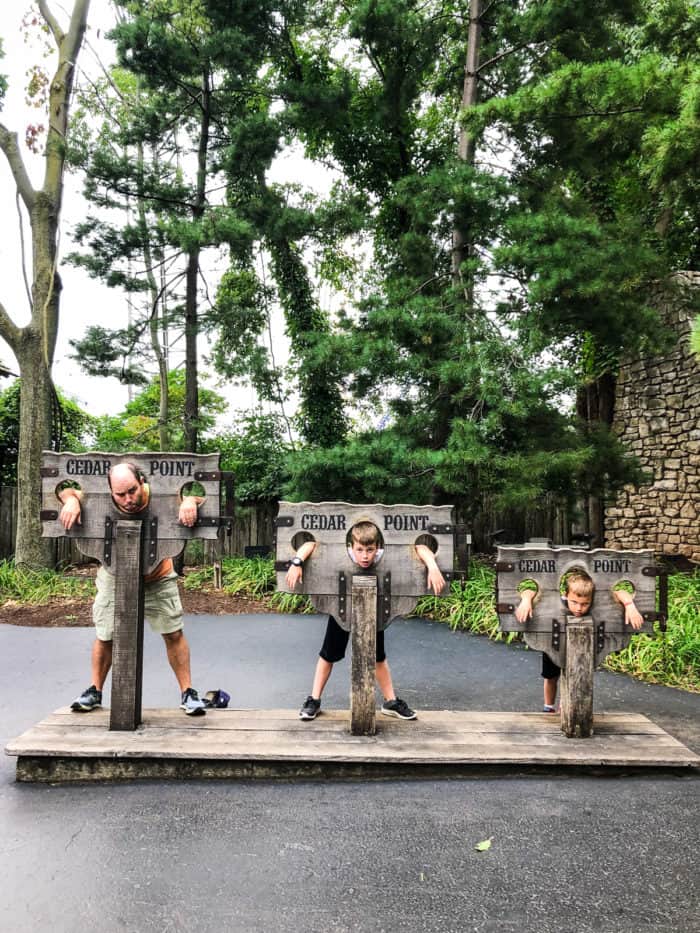 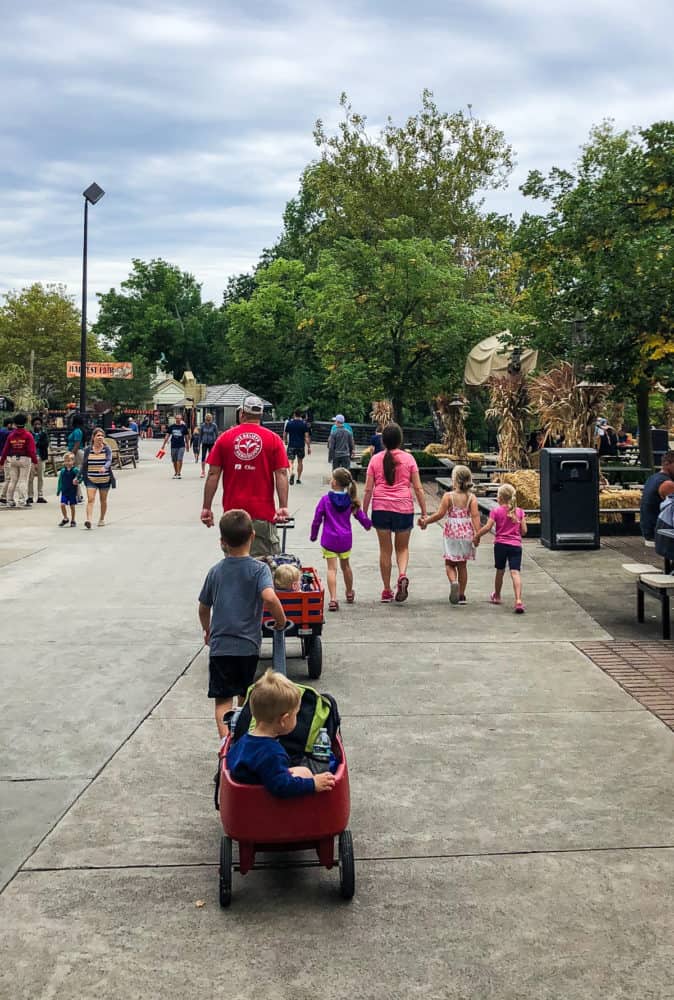 And then the next weekend we headed to Cedar Point.  My sister and I head there every year to attend Bloggy Conference.  This year was no difference.  We really enjoy getting the time away with family and Cedar Point is great with kids. It was a beautiful weekend to enjoy the splash pad, the beach and rides!  I can’t believe this place in Ohio but I’m so glad it is.  It’s nice to drive only a few hours away and feel like you’re truly on vacation! 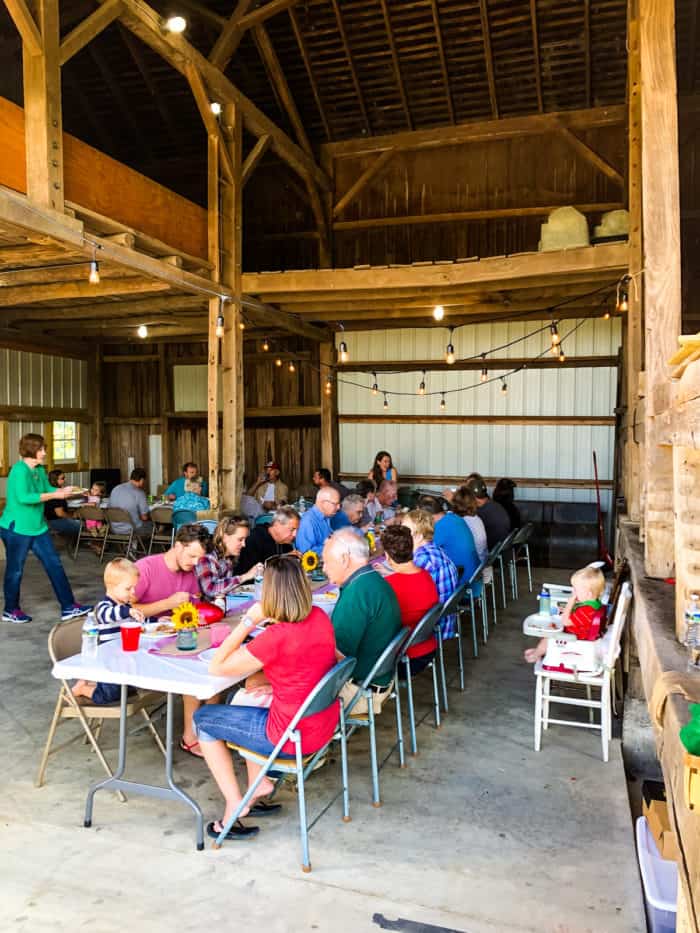 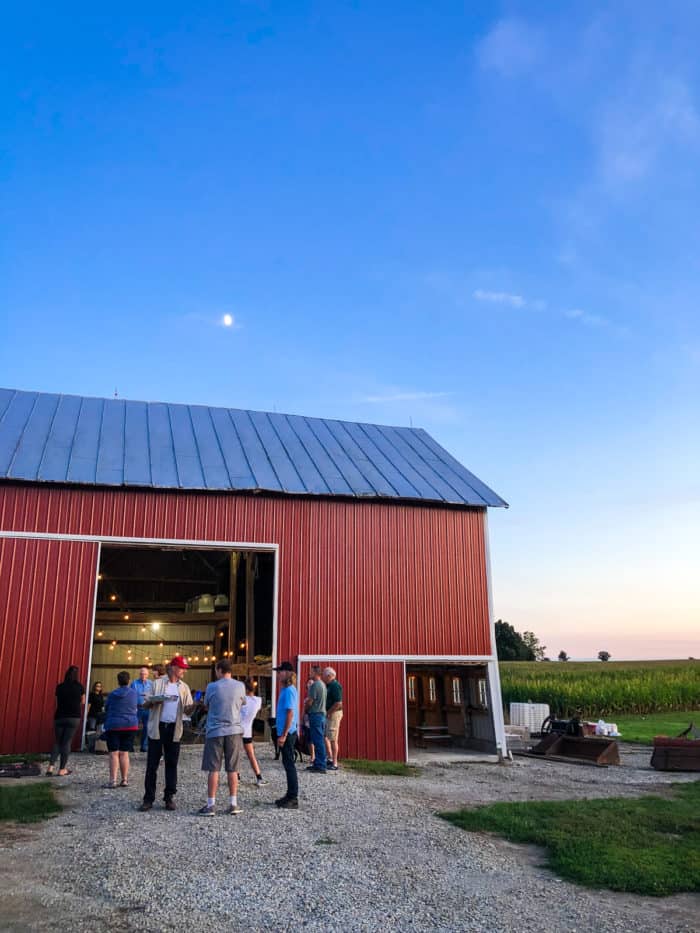 This month we hosted two barn parties.  The first one was our annual neighborhood dinner in the barn.  A few years ago we decided that we needed to share a meal with our neighbors because life gets busy.  This year was again a success. 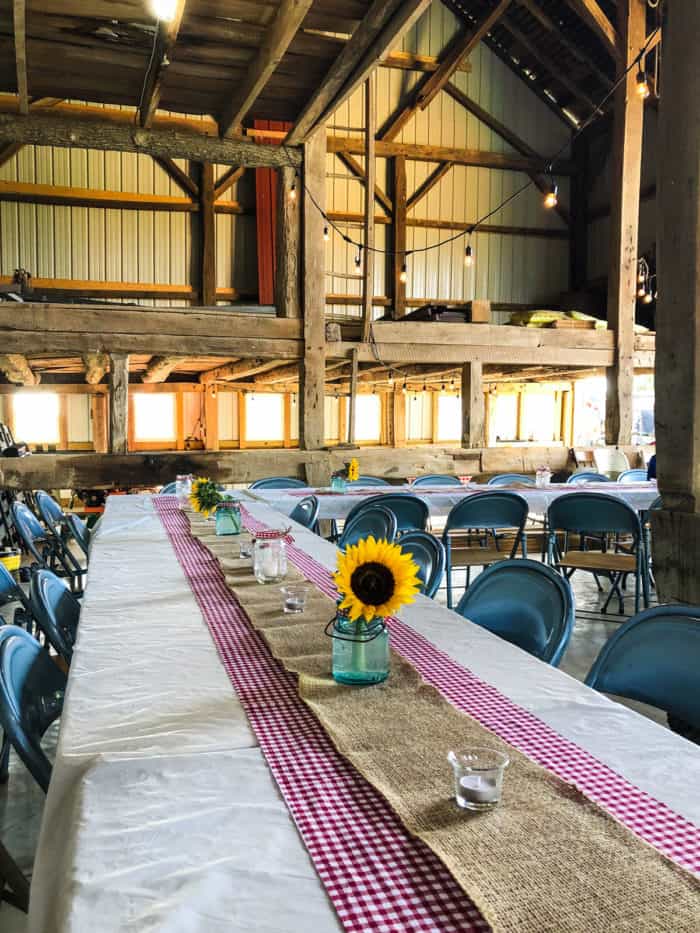 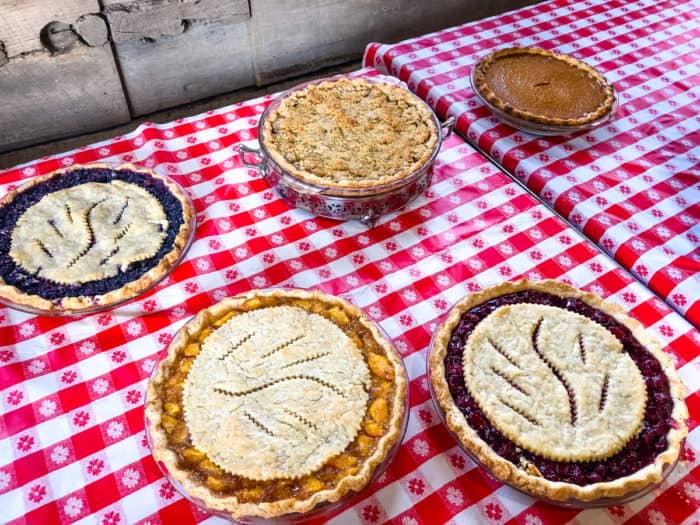 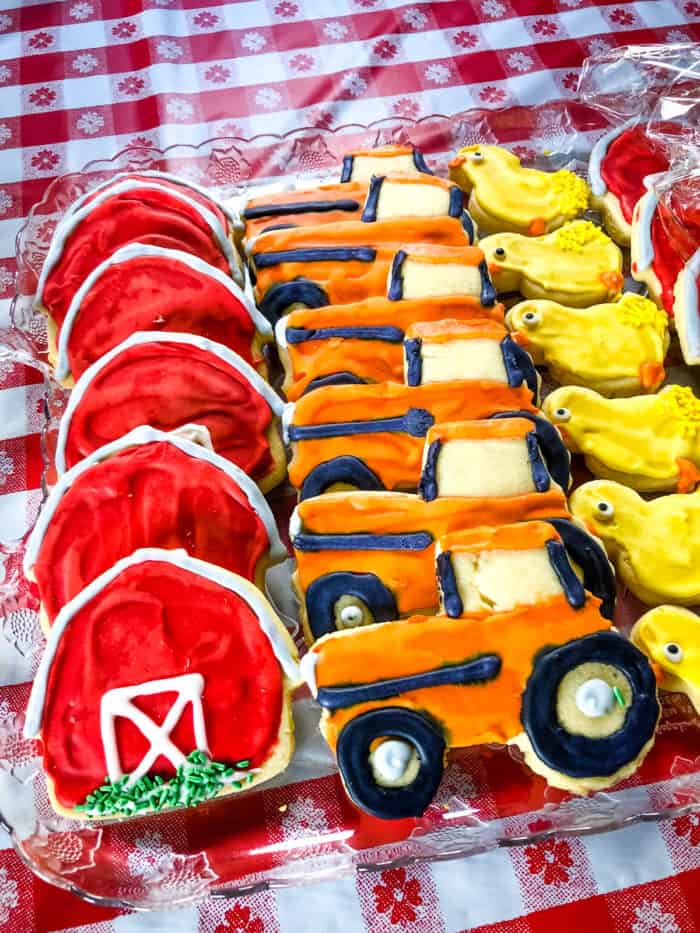 Everyone brings a side dish to share and my mom makes the pies and cookies.  We were in charge of decorations and drinks this year.  It’s a family affair hosting it in my parent’s barn that my brother uses for farming.  There was definitely some cleaning out of the barn before the party, but it was all worth it. 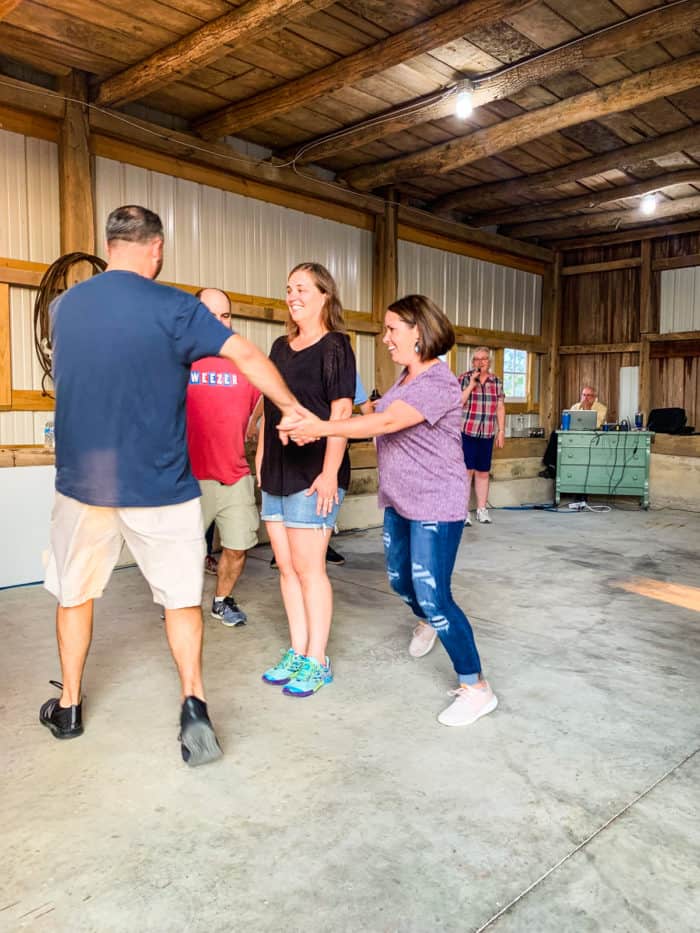 The second barn party was two weeks later.  My husband and I were in charge of date night for our church small group.  We got out the decorations again and under the twinkle lights surprised them with a night of dinner and square dancing.  I had not square danced for years and it was so much fun.  Lots of smiles and laughs.  I highly recommend it. 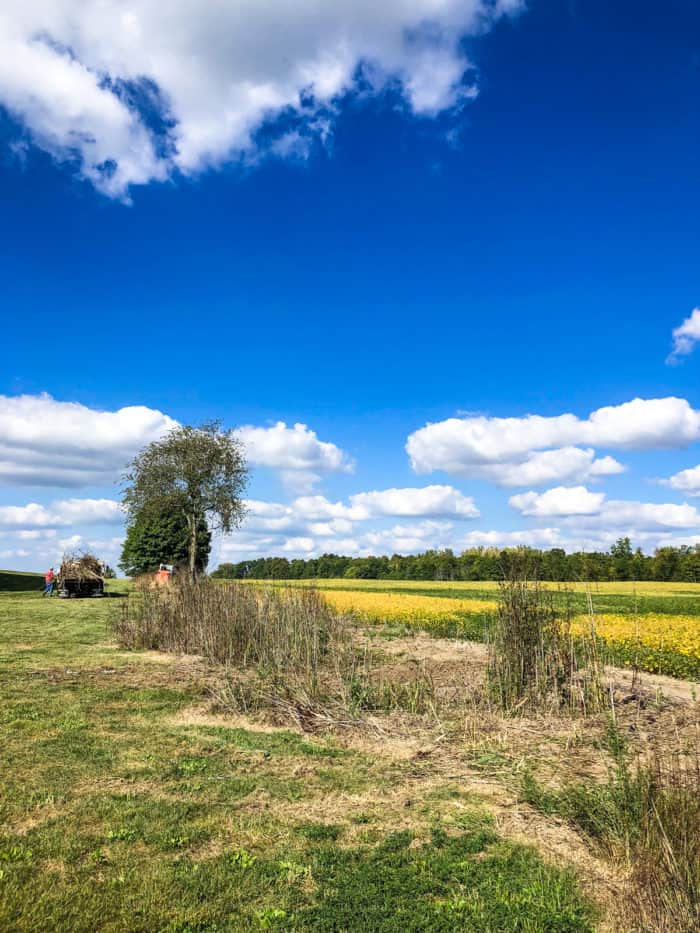 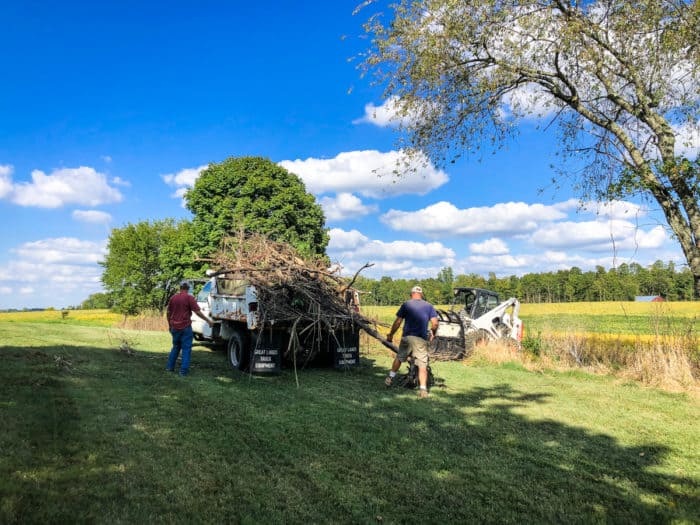 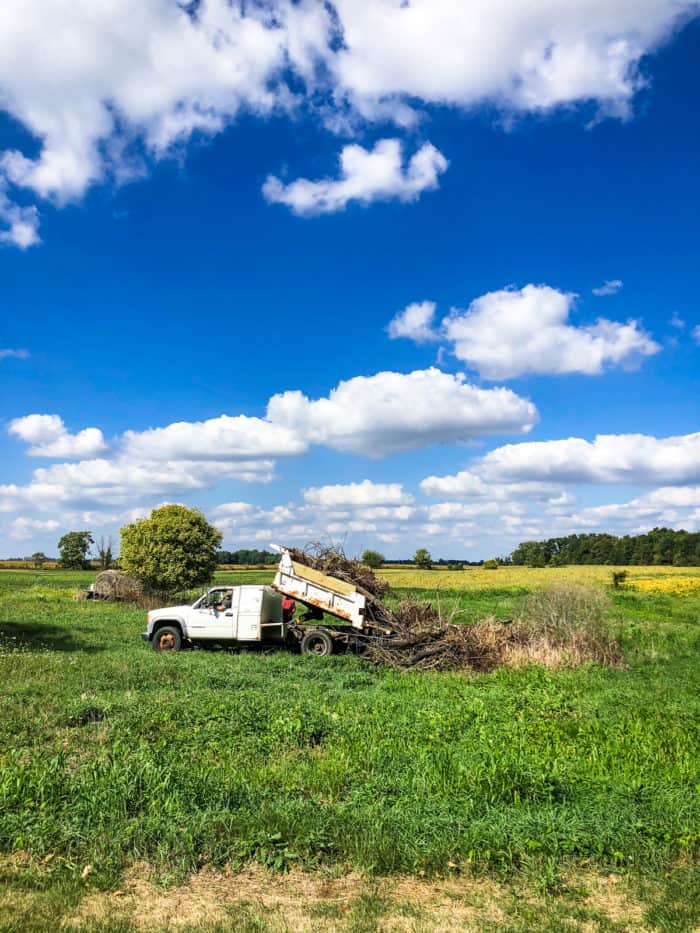 The most exciting development around our home was that we finally were able to start working on the fence line.  It’s been a year since we took out the fence but as things go around here, it takes time to get the next stage done when machinery is involved.  My brother and my dad worked hard to clean out the brush we had burned a few months ago.  Then my husband had to painstakingly pick up any remaining sticks before my brother could smooth it all out. 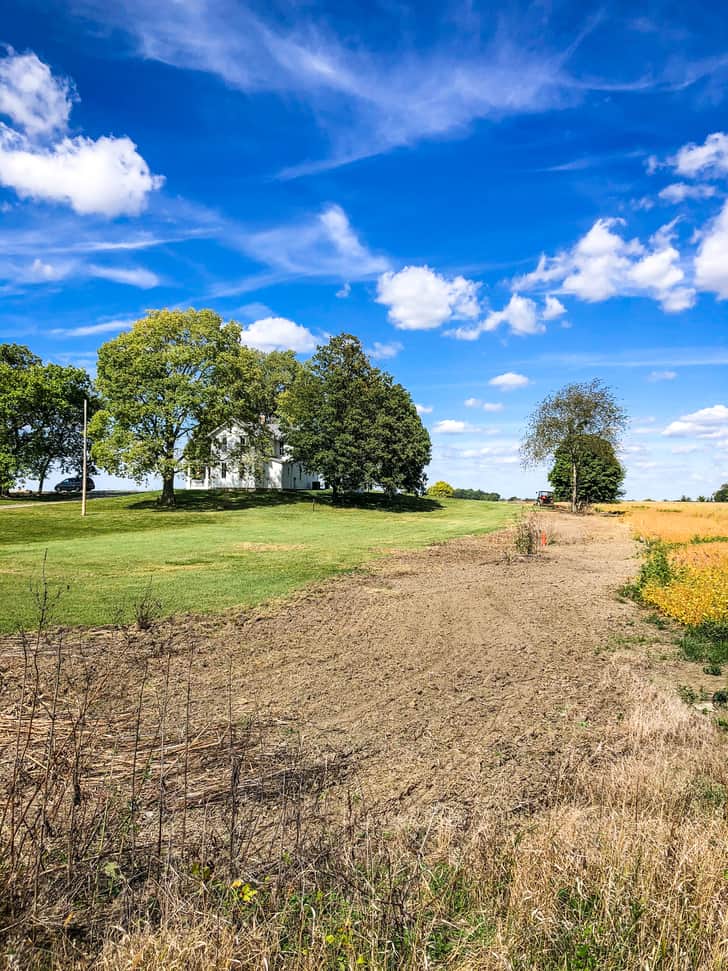 We’re hoping to plant grass in the next month.  It’s already looking so much better. 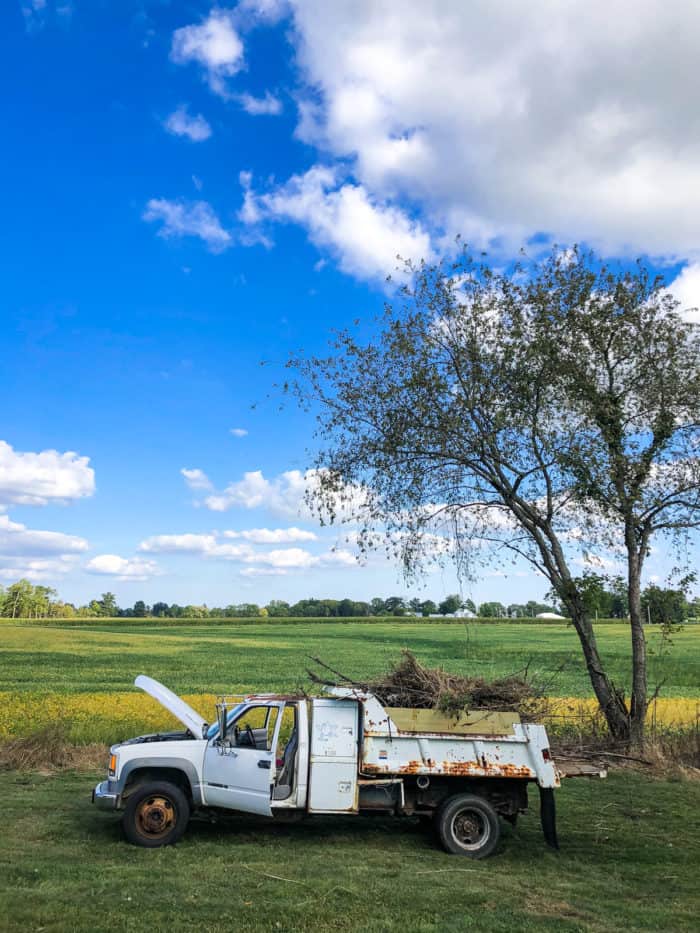 And if you’re wondering why projects take longer… it’s because our family uses old vehicles and machinery.  No debt!  But they break down.  And it always seems to be when you’re just about to be done… 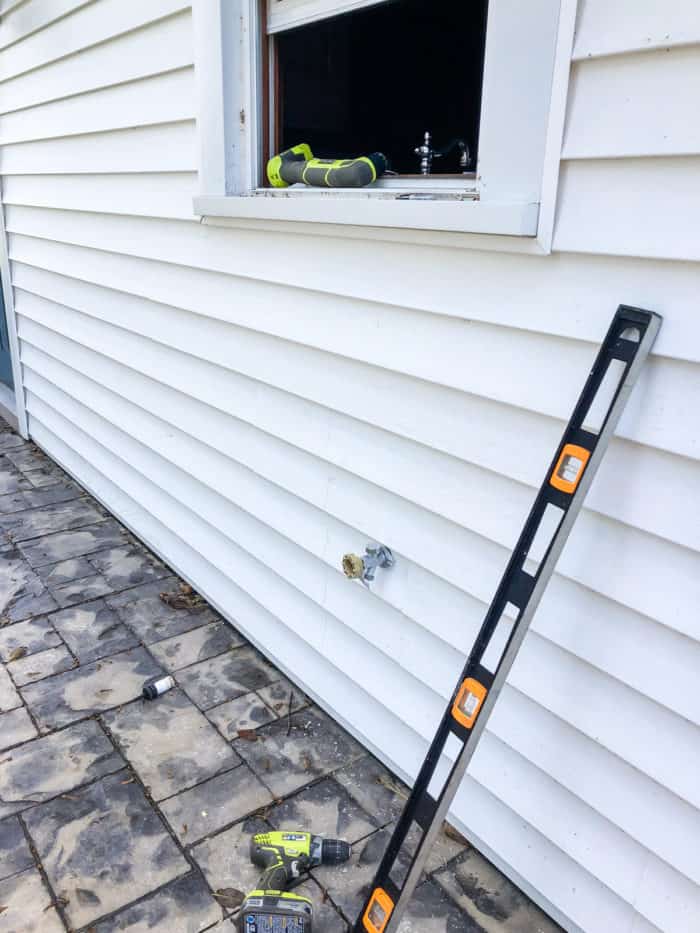 And you guys…. we now have outside water!!!  I don’t know what happened.  Somewhere along the way when we restored our home, we finished a hook up for water outside but never brought it to the outside.  It’s three years later and I am SO EXCITED that I can hook up a hose to water my flowers.  And the new grass we’ll be planting.  Anything I want!  This is an example of a simple project that took forever to get done but who cares… it’s done! 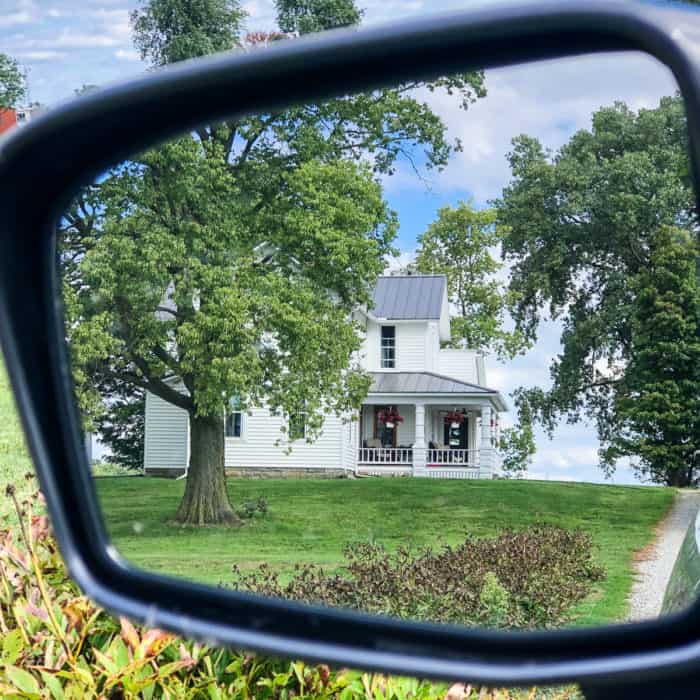 All in all looking back, it was a great month.  We have a busy October coming up with harvest right around the corner.  I’m hoping to tackle our outdoor screen doors and soak up as much time on the front porch as possible before the weather gets too chilly to enjoy it. 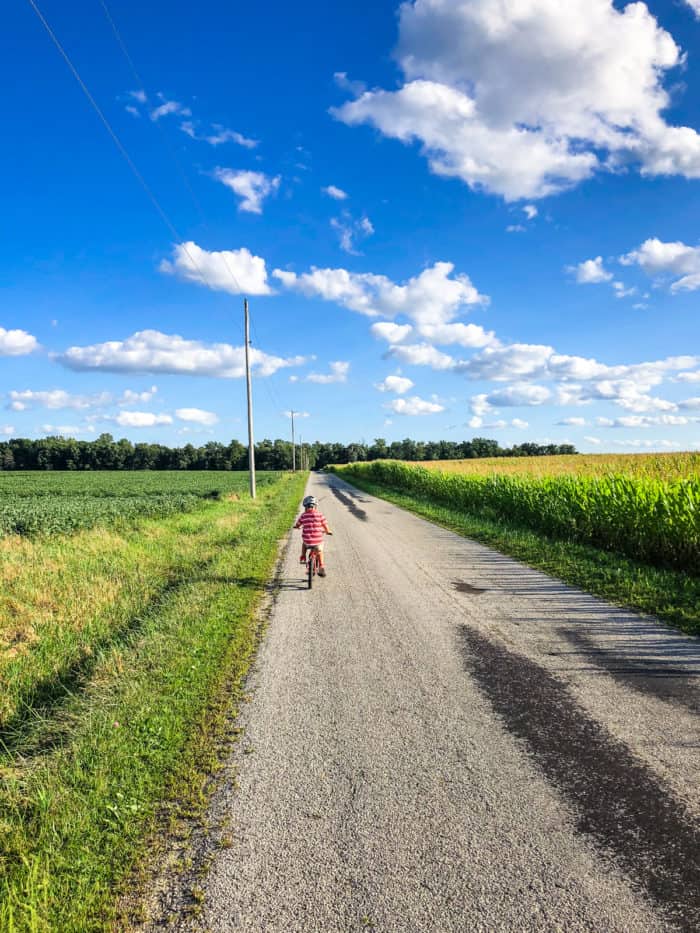 … and bike rides.  Lots of moments in the sunshine this month until it’s just too cold to do so anymore.